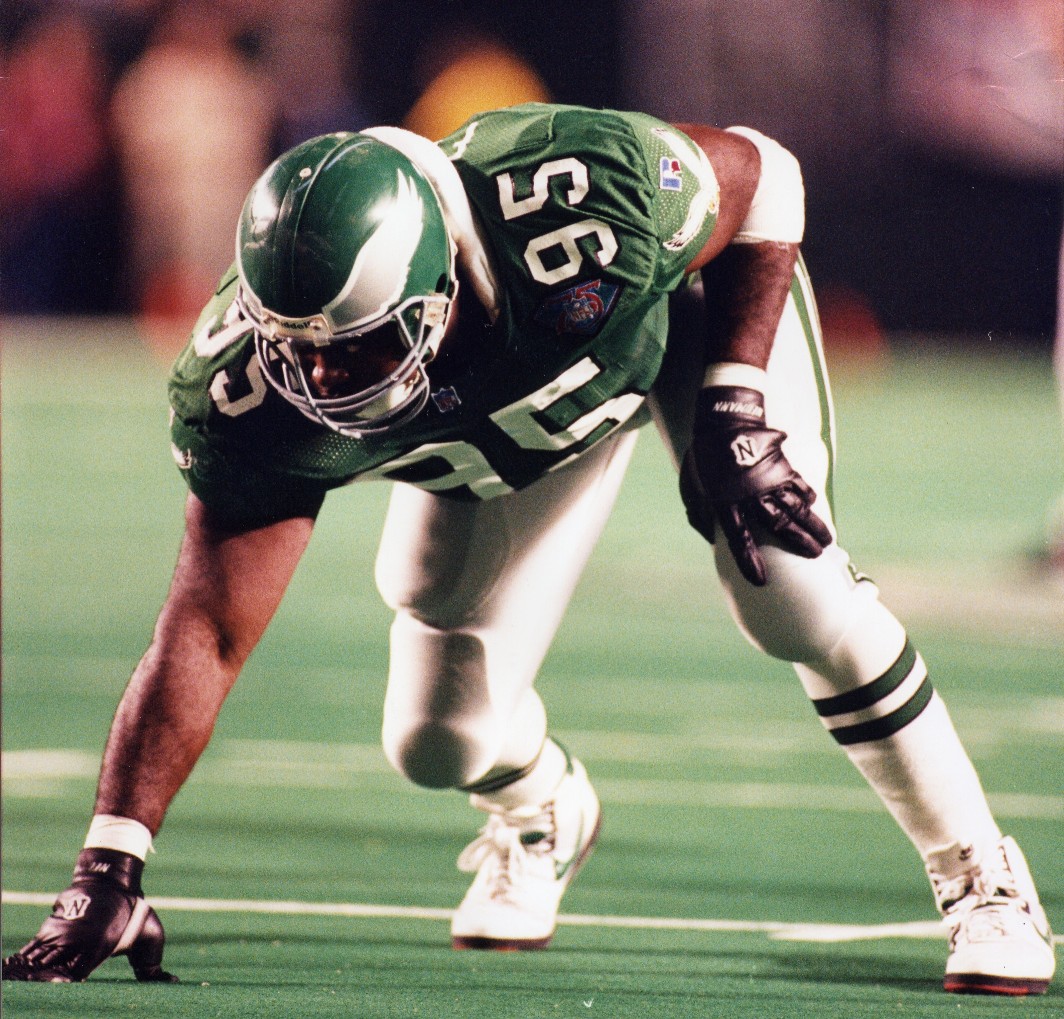 William Fuller retired as one of the top 20 all-time sack leaders with four Pro-Bowl selections, and it’s no wonder the NFL Houston Oilers eagerly signed William Fuller at the dissolution of the United States Football League.  A native of Chesapeake, Virginia, Fuller excelled at the collegiate level and enjoyed fifteen years of professional play.

A multi-sport athlete at Indian River High School in Chesapeake, Fuller lettered in both football and track.  Following graduation, Fuller attended the University of North Carolina, where he was a two-time All-American and the only unanimous choice on the 1983 All-Atlantic Coast Conference team.  He is one of only three defensive linemen to make All-ACC for three consecutive years.  He was a finalist for both the much-coveted Lombardi and Outland Trophies.  Fuller also holds the UNC record for 57 tackles for a loss and is fifth in UNC history with 20 career sacks.  In 2002, he was selected as one of the 50 best all-time players on the Atlantic Coast Conference’s 50th Anniversary Football Team.  The University of North Carolina also honored Fuller by inducting him into their sports Hall of Fame.

Fuller was a first-round pick in the 1984 United States Football League (USFL) draft by the Philadelphia Stars, whom he helped lead to two consecutive league championships.  When the USFL disbanded, the Houston Oilers signed the defensive lineman.  In 1991, Fuller made his first Pro-Bowl appearance while playing for Houston.  His next three Pro-Bowl appearances were consecutive appearances in 1994, 1995, and 1996 as a Philadelphia Eagle.  Finishing three seasons as the league leader in sacks, Fuller won the NFL’s prestigious Mackey Award three times and was only the second to win the award in both the AFC and NFC.  After three years with the Eagles, Fuller finished the last two years of his career with the San Diego Chargers.