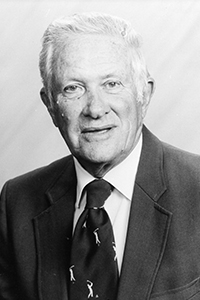 Before joining the ODAC as a charter member in 1976, Lynchburg College was a member of the Dixie Intercollegiate Athletic Conference (Dixie) and won eight Dixie titles.  Prior to the Dixie, the Hornets won three Mason-Dixon Conference championships.

The Division III Hornets played many Division I opponents over the years and own winning records against the majority, including the perennial power University of Virginia (12-9-5), Virginia Tech (17-6-2), Virginia Military Institute (18-1), Old Dominion (3-0), American (7-0), and North Carolina State (8-2-1).

In addition to coaching and teaching at Lynchburg College, Shellenberger served as athletic director and at one time coached seven sports: soccer, track, cross country, basketball, baseball, golf and tennis.  He has been named ODAC “Coach of the Year” in golf six times.  In 1978, Shellenberger was featured in both Sports Illustrated and Soccer America as the winningest soccer coach in America.  In 1990, the soccer field at Lynchburg College was named in his honor as the Father of Soccer in the Lynchburg area as well as Virginia.