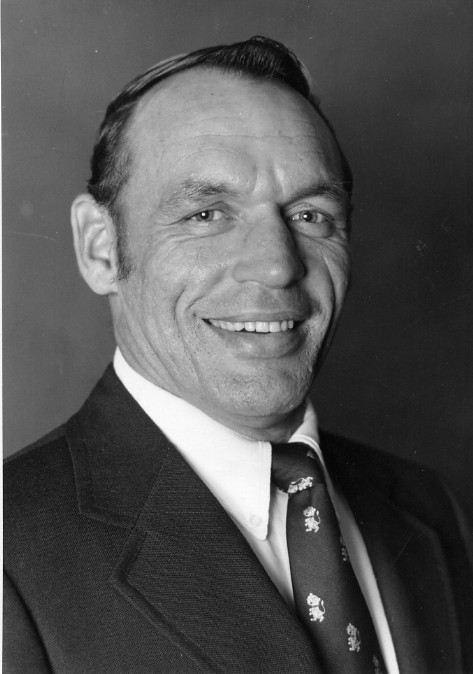 J. Stokley Fulton received little All-American honors in 1954 as a center on the Hampden Sydney College football teams.  In addition to his excellence on the football field, Fulton served as president of the student body and was awarded with the highest honor available at Hampden Sydney upon graduation, the Gammon Cup.  This award is symbolic of both leadership and contributions to the college.  After a short stint in the United States Navy, Fulton returned to his alma mater as a coach, and in 1960, he was given the head football coaching chores and later the duties of Athletic Director.

Fulton ranks among the schools leaders as football coach claiming 105 wins, 62 losses and 3 ties not including participation in two post-season bowl games.  In 1970, Fulton’s team traveled to Atlantic City, NJ for “a once in a lifetime opportunity,” the chance to play in the Knute Rockne Bowl.  At Hampden Sydney, the nation’s only Bicentennial College (1776-1976), Fulton etched another first in the history books.  His 1976 football team was host to a premier NCAA Division III football telecast on the ABC television network.  They defeated the Madison College Dukes, 21-14 when they were tied with C.W. Post, of New York, for the number one spot in the Division III ranking halting a Madison 14-game winning streak.  Hampden Sydney’s performance in the 1976 season gained Fulton’s team national recognition as they climbed to the number three spot in the national Division III rankings.  Fulton was very active in his community, serving on the Board of Directors of the Farmville Athletic Association and coaching in their summer baseball league, with his team taking championship honors almost every year.

Fulton is deceased but will always be remembered for his interests in the area youths, as he was one of the principal organizers of the Tiger Baseball camp in the summer of 1976