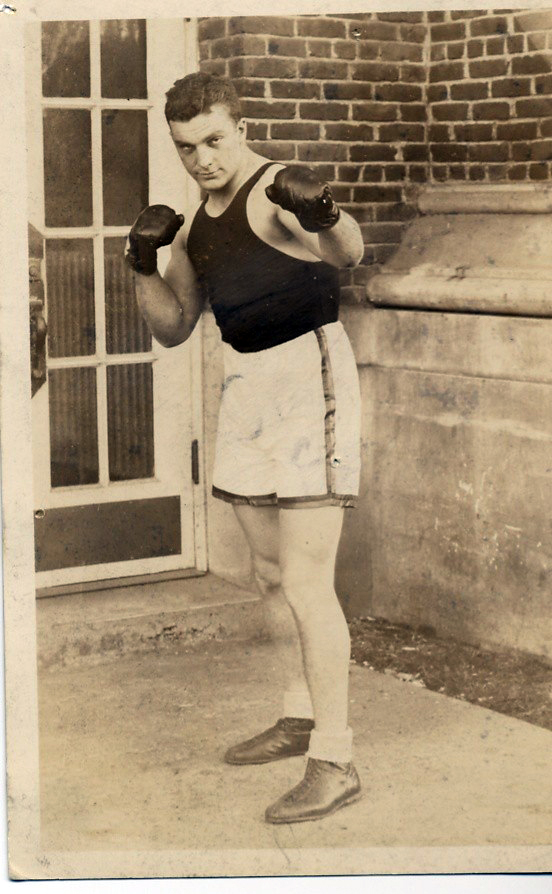 Herbert Bryant was born in Alexandria, Virginia and lettered in four sports at Episcopal High School, graduating in 1928. He entered the University of Virginia in the fall of 1928. His many honors included membership in the PK Society, Eli Banana, and Society of 13. Bryant was the first freshman in University of Virginia history earning letters in four sports; football, baseball, basketball, and track. He was also the first student to make four varsity letters in any year. He was a regular on four varsity teams in 1929-30 in football, baseball, basketball, and boxing. In 1931-32, he elected not to play baseball and concentrated on track, and in 1930-31, was considered the best all-around athlete in the state. Bryant made honorable mention as All-American in football in 1931 and 1932. He was named first team All-Southern in 1932. Bryant won State titles in shot put and discus in 1931-32 and set field records at University of Maryland and U.S. Naval Academy in 1932. In 1931-32, his team was Southern Conference Champions. Bryant entered the United States Army in 1942 as a first lieutenant and received an honorable discharge as a Colonel in September 1945. He was chairman of the Board and Directors of the O’Sullivan Rubber Corporation in Winchester, Virginia and a partner at Herbert Bryant Associates in Alexander, Virginia.