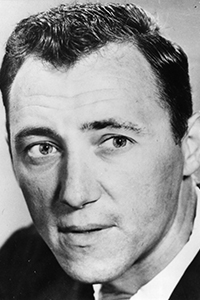 Guback spent nine years as a staff writer with the Richmond Times-Dispatch and more than 20 years with The Washington Star during which he covered many major events such as the Super Bowl, heavyweight championship fights, college bowl games and the NCAA Final Four.

He won writing awards and the respect of college coaches for his work at the Times-Dispatch. He was the Star’s beat writer covering the Washington Redskins on a daily basis for 12 years and worked with the Redskins for two years on special projects after the Star ceased publication in 1981. He was inducted into the U.S. Basketball Writers Hall of Fame in 1989.

Guback was voted the Virginia/District of Columbia sportswriter of the year three times. After his newspaper days, he served as director of information for the President’s Council on Physical Fitness and Sports. He has also served as a member of the Pro Football Hall of Fame selection committee.