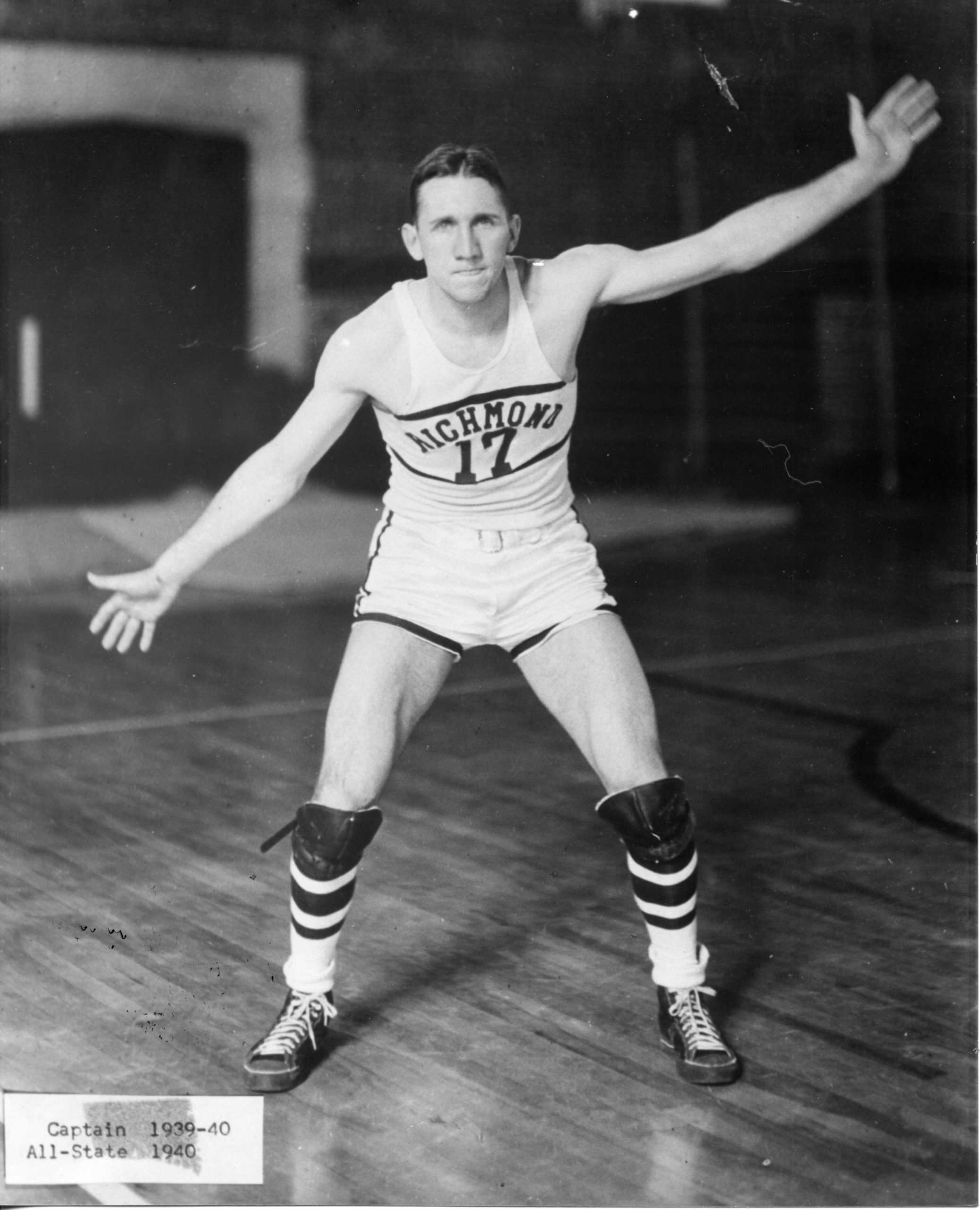 Stuart “Stukie” Hoskins started his talent-rich athletic career in Fredericksburg.  He attended Fredericksburg High School from 1932-1936 where he was an outstanding athlete and four-sport star winning fourteen letters in football, basketball, baseball, and track.

In 1936, Hoskins entered the University of Richmond where he became one of the all-time greats when he lettered in all four sports as a freshman.  He dropped track yet still won thirteen letters in college.  Hoskins talent won him honors in the All-State Football Squad in 1938 and 1939, All-State Basketball in 1940 and the top catcher in the State of Virginia and Southern Conference in 1939 and 1940.  He was captain of the basketball and baseball teams his senior year.  Coach Mac Pitt picked Hoskins as the best back in the state in 1939 and he also received the award for the best blocker in football in his senior year.

Hoskins signed with the Boston Red Sox in 1940 and played minor league ball.  When he was discharged from the army in 1946, he signed with the Pittsburgh Steelers and played with the Richmond Rebels in the Dixie League.  A shoulder injury prevented him from competing in baseball again although he eventually was player manager of a semi-pro team in Emporia.

In 1950, he was recalled to active military duty by the Army to serve in the Korean Conflict.  He remained on active duty and retired March 31, 1967 with rank of Lt. Col. after a distinguished military career.  Hoskins was Chief of Sports Branch in Europe during 1960: the largest Army Sports Program in the world.  In this position, he was the United States representative to Counsil International Sports Militarire (CISM).  He became the first American to be awarded the CISM Medal of Honor.  In addition, he received awards from National Recreation Association and United States Jaycees for physical fitness leadership.  Hoskins emerged as a Sports Ambassador of good will during the long and sometimes heroic career in the Army.  He is also the founder of the Virginia Interservice Conference in 1965 and was unanimously elected its first commissioner.