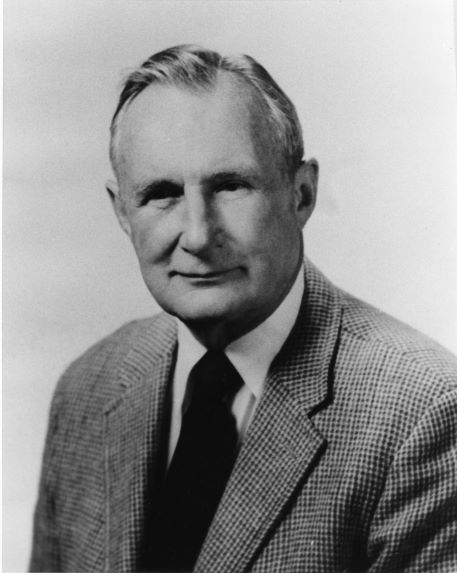 Dick Fletcher is one of the truly outstanding sports celebrities in the history of Virginia Sports. He attended Penn State University and the University of Chattanooga. He had just turned twenty-one when he was signed as head football coach at Maury High School in Norfolk, Virginia. His Maury Commodores won two State High School Championships in 1932 and 1935. They tied for another State Championship in 1929.

Dick Fletcher coached the University of Virginia freshman football, basketball and baseball teams for a period of 20 years (1936-1956) His coaching career was interrupted in 1943 when he joined the U.S. Army spending two years in Europe where he won The Bronze Star and five campaign ribbons. He was discharged with the rank of Major in 1945. He was chosen to serve as Executive Secretary of the Virginia Literary and Athletic League. (It later became the Virginia High School League.)  He left this position to become the University of Virginia Associate Director and Director of Admissions.

Fletcher served as Executive Secretary of one of the largest college fraternities at Virginia, Sigma Nu, from 1956-1972. He helped move the headquarters from Indianapolis to Lexington, Virginia and developed a $400,000 headquarters plant at Charlottesville. He was named to Sigma Nu’s highest honor, “The Hall of Honor”. Fletcher was subsequently elected president of Sigma Nu’s Educational Foundation. He was the prime mover in raising funds for the restoration of Stonewall Jackson’s house in Lexington, Virginia.

Fletcher died October 31, 1988, but his many records and accomplishments will be remembered for many years to come.