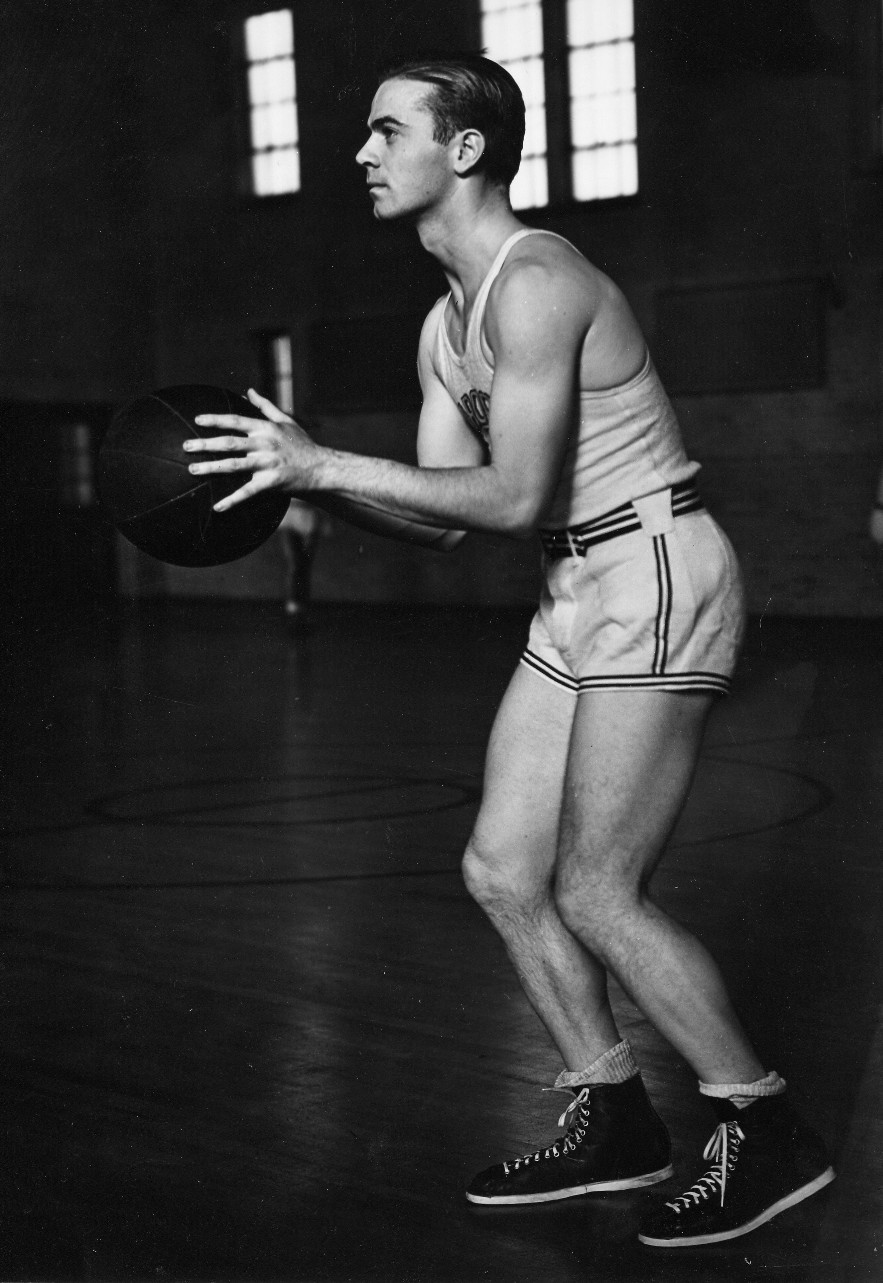 Paul Rice of Roanoke, Virginia graduated from Roanoke College in 1939 where he played basketball and was a member of the “Five Smart Boys” that assisted the team in winning consecutive state titles in the late 1930’s.  Playing in the finals of the National Intercollegiate Tournament at Kansas City, Rice was the leading scorer and was named to the All-Tournament Team.  He weighed 155 pounds at the beginning of the tournament and after six games in five days ended up at 140 pounds.

Rice was not only a star basketball player at Roanoke College, but was the number one player on the tennis team.  He played centerfield on the baseball team and battled cleanup, with many of his friends saying baseball was his best sport.

Paul was active in many camp organizations.  He served as president of his sophomore class and later president of the entire student body at Roanoke College, besides being a four-sport star.  Following his playing days at Roanoke College, Rice enjoyed a very successful career in the AAU in basketball.  His team was undefeated during the Pre-World War II days and was the undefeated State AAU Champion in 1941.

Rice served in the U.S. Navy for three years during World War II and was discharged as a Lieutenant, senior grade.  He holds the distinction of not having played in a losing game against a Virginia college or semi-pro team from 1935-1945.