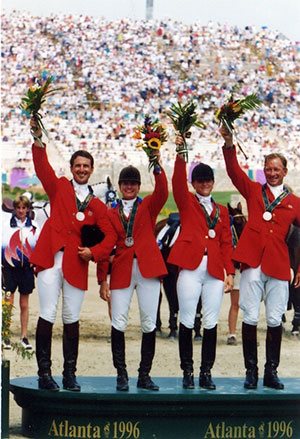 Peggy Augustus was born in Cleveland, Ohio, but currently resides in Keswick, Virginia.  She was active as an owner, trainer, and rider of show horses from 1950 to 1965, and won every major championship throughout the United States and Canada.    Augustus won the National Horse Show at Madison Square Garden, Devon Horse Show, Royal Winter Fair, and Pennsylvania National Horse Show.  She was featured in Sports Illustrated in 1957.

Augustus’s horses were also high-earning: she bred a yearling colt that sold for four million dollars at the Saratoga Sales, which was the second highest price in the history of the sale, as well as a yearling filly that sold for a World Record of $2,100,000.  Augustus is the only person to have bred and sold four yearlings at the Saratoga Sale that went on to win over a million dollars each.