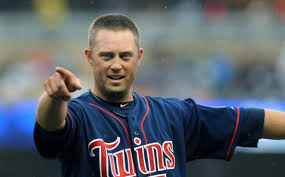 In 15 seasons of Major League Baseball, lifelong Chesapeake resident Michael Cuddyer established himself as much more than a reliable and versatile player and solid teammate. After gaining the national spotlight as the 1997 Virginia High School Player of the Year and Gatorade National Player of the Year while playing for Great Bridge High School, Cuddyer was the No. 9 overall selection in the 1997 MLB Draft by the Twins.  Cuddyer would play 11-seasons for the Twins, two for the Colorado Rockies, and his final season with the New York Mets, appearing in the 2015 World Series. The man teammates called “Cuddy” won the National League batting title in 2013, batting .331 for Colorado and winning the National League’s Silver Slugger Award for first basemen. Cuddyer is the only Virginia Sports Hall of Fame inductee with a Major League batting crown. He played seven of nine positions in the Majors, mostly in right field, for the Twins, Rockies and Mets. He was a two-time All-Star, a career .277 hitter, with 197 homers, 794 RBI’s and 1,522 hits over 15-seasons. In the postseason, Cuddyer batted .306 for seven divisional championship teams. He spent 14-years total in the Minnesota organization, and last season the Twins inducted Cuddyer into its Hall of Fame. He now works for the Twin Cities club as a special assistant in baseball operations.