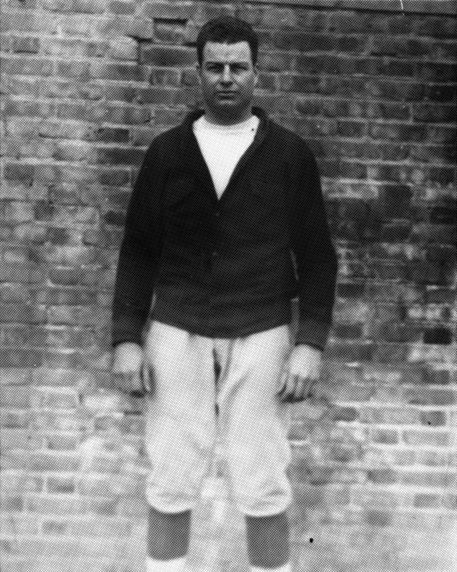 Melvin “Meb” Davis attended Maury High School in Norfolk, Virginia. After graduation he played with a strong Norfolk Collegiate football team. He was a three-sport star at William & Mary from 1924 to 1927. He excelled in football as an end, a center in basketball and competed as a low hurdler, high jumper and javelin thrower in track. He served as captain of all three sports his senior year. The Indian√ïs won the Virginia Conference Football Championship each year Davis played. A personal highlight for him was the 81-yard run for a touchdown on a fumble recovery against Columbia University in New York. Following his graduation from William & Mary, Davis became Athletic Director for Fork Union Military Academy. He later returned to William & Mary in 1930 as head freshman football coach, a position he held until 1933. Meb Davis coached the Richmond Arrows football team, a member of the Dixie Professional Football League, and he also officiated football and basketball games. After retiring, he sought a career in real estate in Richmond, Virginia where he lived for over 50 years. He is also a charter member of the William & Mary Hall of Fame. Davis is deceased but he will always be remembered as one of Virginia’s greatest athletes.