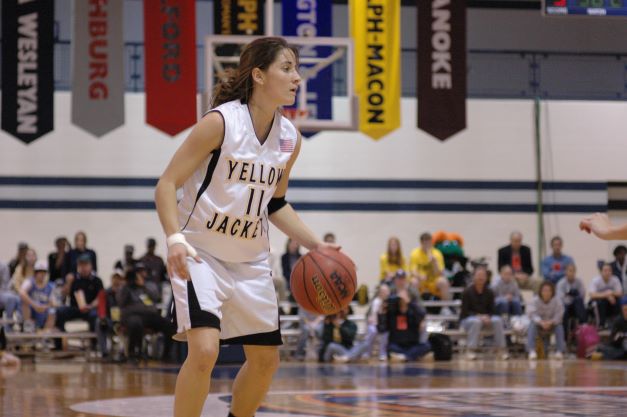 A basketball legend in the Old Dominion Athletic Conference, Megan Silva Schultz was a four-year starter at Randolph-Macon College after starring at Hermitage High School in Richmond. The most decorated athlete in the history of Randolph Macon athletics, Silva Schultz scored 2,371 career points to go with 700 assists and 446 steals for Yellow Jacket teams that combined for a 98-23 record, including an NCAA championship game appearance in 2005 in Virginia Beach, and a national quarterfinals trip in her 2006 senior season. While at Macon, Silva Schultz was a three-time All-ODAC Player of the Year, and a three-time All-American. In 2006, she won the Jostens Trophy, a national award presented to the top Division III men’s and women’s players for basketball ability, academic accomplishment and community service. The Richmond native also was named national Player of the Year by the Women’s Basketball Coaches Association and selected as the Honda Division III Female Athlete of the Year. Veteran Randolph-Macon Coach Carroll LaHaye, has referred to Silva Schultz as “the most unselfish individual and unselfish player I have ever coached.” Silva Schultz, an inductee in the Randolph Macon Hall of Fame, is only the second former NCAA Division III athlete to reach the Virginia Sports Hall of Fame, following former Ferrum College and Major League relief pitcher Billy Wagner.