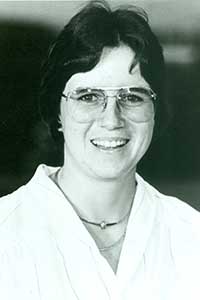 Marianne Stanley played collegiate basketball at Immaculata College, where her 1972 and 1974 teams were announced as part of the 2014 induction class of the Naismith Memorial Basketball Hall of Fame. Stanley received her first head coaching job at Old Dominion University and compiled a ten-year mark of 268-59 and helped put the Lady Monarch basketball program on the map as ODU captured three national championships during those ten years. Stanley later coached at The University of Pennsylvania, The University of Southern California, Stanford University, The University of California and also coached in the WNBA. She was also inducted into the Women’s Basketball Hall of Fame in 2002.