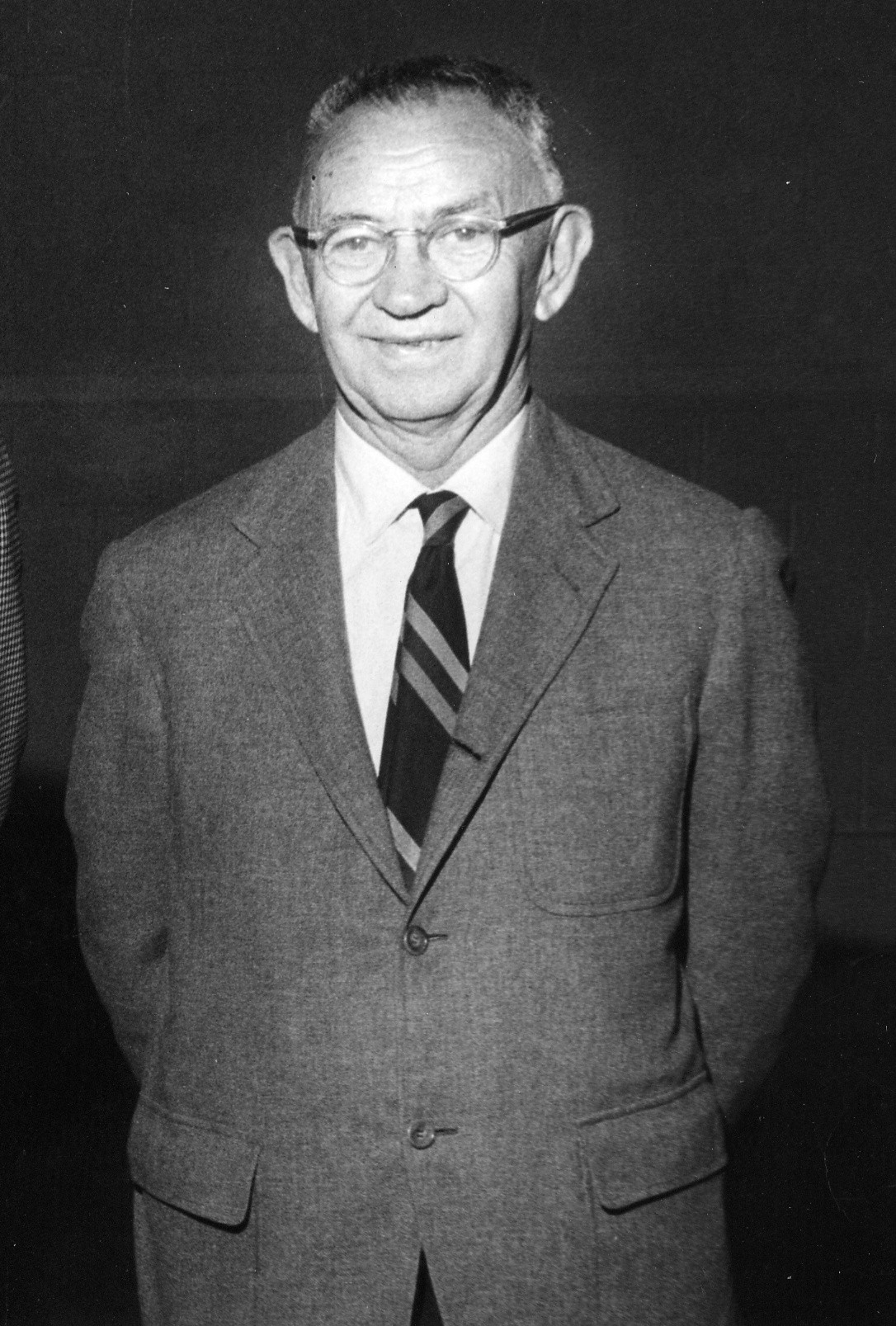 Joseph C. “Scrap” Chandler was a native of Guinea in Caroline County and later resided in Norfolk, Virginia.  He was an outstanding athlete at William & Mary and after his graduation in 1924, he devoted 44 years to coaching in all sports.

His most notable achievements aside from the life-long tireless efforts of developing young athletes and molding the future of track and field in the state include origination of the Tidewater and Eastern District track meets. Chandler introduced swimming to Old Dominion University, with the ODU pool in 1977 being dedicated in his honor and bears his name.

While at William & Mary, Chandler also starred in baseball, establishing a school-record batting average of .397 which might have led to a professional career, but a knee injury forced him to forego baseball and turn to coaching, a position he held for 18 years at the Williamsburg Institution.  In 1925, he started the Tidewater Relays, a meet in which annually the outstanding performer receives the Chandler Award that commemorates the coach’s everlasting contributions to the sport of track and field.

Chandler moved to ODU in 1942 as Athletic Director, and coached in all sports until 1968 in addition to serving as chairman of the school’s health and physical education department.  Chandler also carried a normal teaching workload while coaching in basketball, baseball, track and swimming.  In swimming, it is conservatively figured that the summer program he instituted at ODU resulted in teaching an estimated 28,000 people how to swim.  Joseph C. “Scrap” Chandler is now deceased.