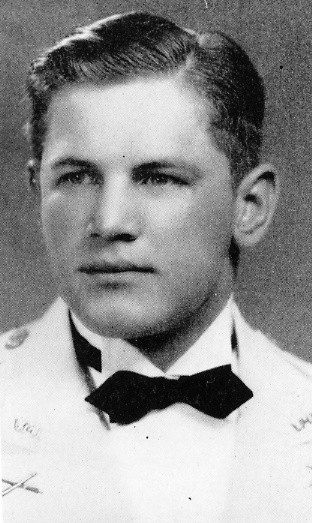 Known in his days at Virginia Military Institute as “Joltin Joe”, Joseph Muha’s feats are unparalleled in the history of football at VMI.  He was Rat and varsity captain, all-state as a freshman and all-state three years as a varsity player.  Muha was All-Southern Conference and captain of the Southern all-star team, received honorable mention for All-American, and finished second as National Player of the Year trailing only Georgia’s Frank Sinkwich.

Muha was captain of the VMI football team in 1942 and was named to the NEA All-American team the same year.  He served with the U.S. Marines from 1943-46 in the South Pacific as a member of the fifth division and was awarded the Presidential Unit Citation.

Muha received his B.S. at VMI in 1943 majoring in Civil Engineering and his M.A. at the University of Southern California in Economics.  He was awarded a general Secondary Teaching Certificate in 1955 and performed advanced graduate work at UCLA and Los Angeles State College.  Muha served as Professor of Economics at Pasadena City College in Pasadena, California.

Following his military service in 1946, Muha played for the Philadelphia Eagles of the NFL where he was named to the All-NFL team in 1947, 1949, and 1950.  He served as backfield coach from 1954-55 and entered the teaching profession from 1955-58 as a mathematics teacher in the Pasadena City School System.  From 1958-76, he has served as Professor of Economics and Business Mathematics at Pasadena City College.

Clark Shaughnessy, one of college football’s all-time great coaches, summed it all up following VMI’s 29 to 0 defeat of his University of Maryland team in 1942.  “Muha was absolutely tops.  I don’t think there is a man in the country, including the great pro backs who are playing any better football than Joe Muha.”