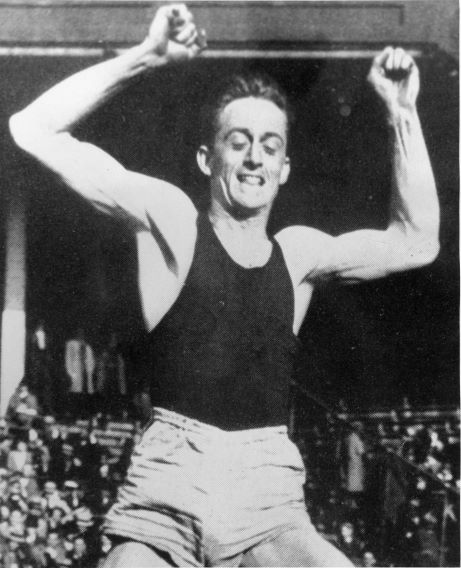 Henry “Monk” Little, a William & Mary track legend from Norfolk, Virginia is probably the greatest all-around track man Virginia has ever produced.  The Tribe superstar could do just about anything on a track.  The 1934 graduate still holds the oldest W&M record 25-0 in the long jump.  He also ran the 100 in 9.7, the 200 under 22.0, tossed the javelin over 210’ and ripped off a 49.0 in the 440.

“You could count on him for 25 points a meet”, said the late Les Hooker, former W&M Athletic Director and fellow Virginia Sports Hall of Fame inductee.  He gained national recognition for winning the javelin at the Penn Relays and the long jump in the IC4A.  Little also excelled in the classroom and won Phi Beta Kappa honors while majoring in physics. He was President of Omicron Delta Kappa, the Athletic Council President, and served as Varsity Track team captain.

In 1932, Little was the Southern Conference freshman 60-yard dash champion.  The same year he won the South Atlantic AAU Broad jump championship.   In 1933, Little was the Intercollegiate (Indoor) Broad Jump champion of which he again won in 1934.  That same year Little won the Penn Relays as the American Broad Jump Champion.  In 1935, he was the Southern Conference 60-yard dash champion and won the Penn Relays as the American Javelin Champion.  He was the holder of five Collegiate Virginia State Records (100, 220, 440, Broad Jump and Javelin).