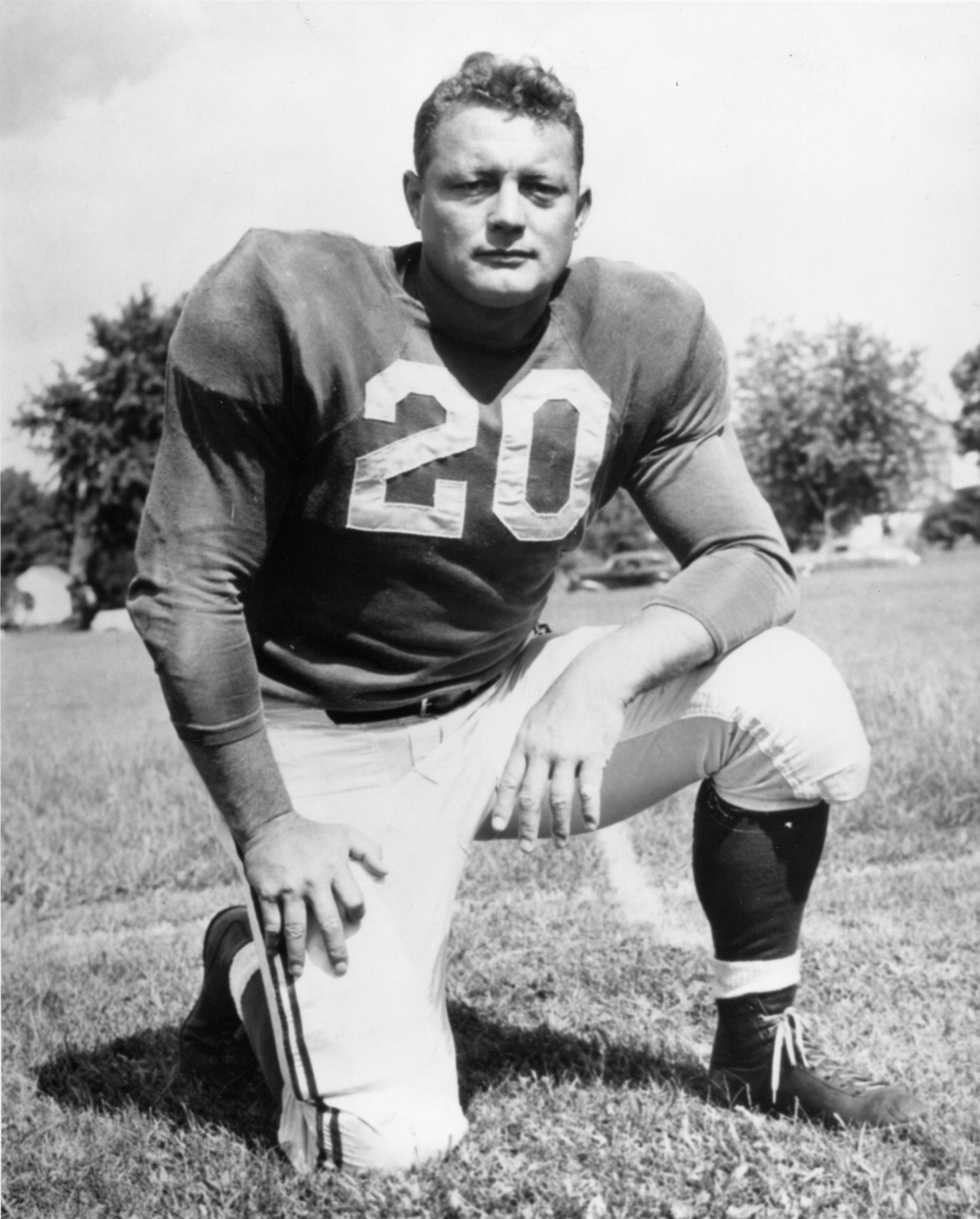 Buster Ramsey played high school football for Knoxville High School in Tennessee where he was named to the All-Southern and All-Tennessee team as a guard graduating in 1939.

Ramsey entered the College of William and Mary majoring in physical education and sociology, receiving a B.S. in 1943.  While at William & Mary, he was named All-Southern guard three years and All-American in 1942.  Upon graduation, Ramsey was picked to be on the state of Virginia’s all-time college team.

Ramsey signed with the Chicago Cardinals after playing in the 1946 College All-Star game and played guard from 1946 through 1950, making All-Pro in 1947, 1948, and 1949.  He was chosen on the All-Time Pro team of the 1940’s era.  In 1952, Ramsey went to the Detroit Lions as a defensive coach.  While with Detroit, the Lions played in four world championship games, winning three.  As a player and coach, Ramsey participated in six world championship games, losing once as a player and once as a coach.

When the American Football League was formed, Ramsey was the first coach hired by the Buffalo Bills in 1960.  He stayed there two years, going to the Pittsburgh Steelers for the 1962, 1963, and 1964 seasons, and then retired to his farm in Blount County, near Maryville, Tennessee.