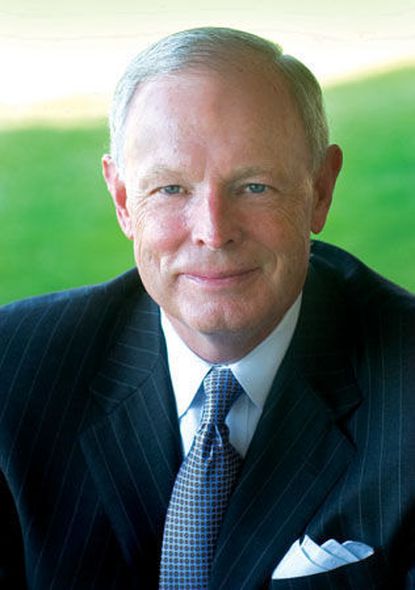 Bob Aston is Chairman of the Board and Chief Executive Officer of TowneBank, a bank he co-founded in 1998 with longtime friends Scott Morgan and Bill Hodsden. During his 44 year banking career, he has served on the Board of Directors and as President and Chief Executive Officer of Citizens Trust Company, Commerce Bank, and BB&T of Virginia. He also served on the Board of Directors of BB&T of North Carolina and Regional Acceptance Corporation.

Bob serves in numerous community leadership roles across Hampton Roads, including serving on the Board of Directors of the Portsmouth Partnership, Hampton Roads Partnership, Eastern Virginia Medical School Foundation, the Virginia Sports Hall of Fame and Museum, Tidewater Builder’s Association, Virginia International Terminals, and the Old Dominion University Intercollegiate Foundation. In addition, he previously served on the Board of Directors and is past Chairman of both Bon Secours Maryview Medical Center and Bon Secours Depaul Medical Center. He is a past board member and Chairman of Nansemond Suffolk Academy, past Trustee of Virginia Wesleyan University, past member of the board of visitors of Norfolk State University, and past Commissioner of Virginia Public Schools Financing Authority.

He has received countless awards for his dedicated service to the Hampton Roads community. The Lenora Matthews Lifetime Achievement Award from Volunteer Hampton Roads is his latest community honor but by no means the only one. Most recently he received the Darden Award for Regional Leadership, the Albert “Buck” Gornto Award from Old Dominion University, and the 2007 Hope House Foundation Community Award. In 2005, he was awarded an Honorary Doctorate from Old Dominion University. He is a past recipient of the Torchbearer Award presented by Virginia Business Magazine and the Virginia Chamber of Commerce recognizing the top Virginia business leaders for the new millennium. In addition, he received the National Center for Criminal Justice Humanitarian Award, the NAACP Leadership Award, and the Seaboard Lodge Community Builders Award. He was the Hampton Roads Youth Center’s Man of the Year in 2004, was named Portsmouth’s First Citizen in 2000, and was named the City of Chesapeake’s Sports Volunteer of the Year award in 1982. In 1990, he received a special citation for exceptional contributions to youth sports in Virginia from the Virginia Sports Hall of Fame.