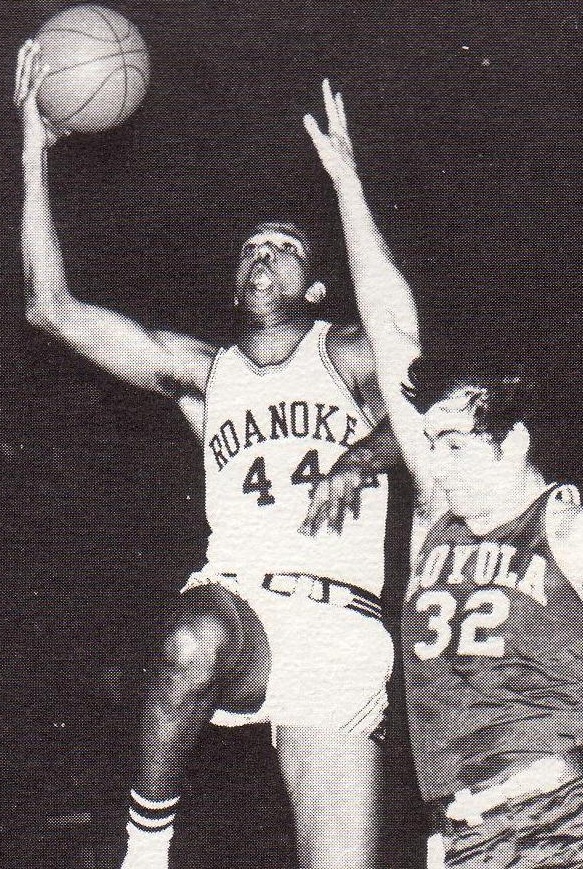 Franklin “Frankie” Allen, a native of Charlottesville, VA and graduate of Roanoke College, is considered to be one of the most prolific college basketball players in Virginia Intercollegiate Basketball History. In 1967, Allen became the first African American male to attend Roanoke College. He led the Maroons to its first NCAA Tournament berth as a freshman. His sophomore year, he led the team in scoring and made honorable mention All-American, Virginia College Division Player of the Year and first team All-Mason-Dixon. Allen broke every scoring and rebounding mark as a junior at Roanoke and was once again named Virginia College Division Player of the Year. Rounding out his college basketball playing career in 1970-71, Allen became the all-time leader in points (2,780) and rebounds (1,758) at all NCAA levels in Virginia. Over his four seasons at Roanoke College, he averaged 24 points per game, and 15.2 rebounds per game. Franklin Allen was the first individual to ever be named to the All-state team all four years. Overall, Roanoke compiled an 82 win, 34 loss record during Allen’s career including two Mason-Dixon tournament victories. It is safe to say that Franklin Allen had a prolific college basketball career.