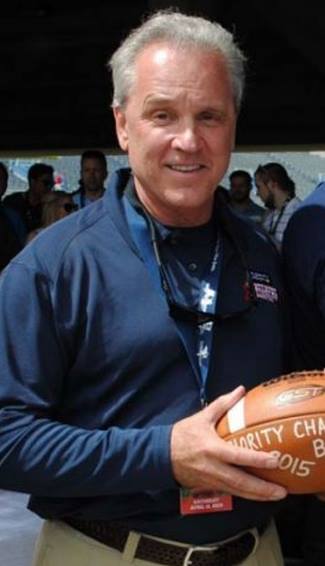 Norfolk, VA native, and Founder and CEO of Priority Automotive Group, Dennis Ellmer, has made a commitment throughout his career to create positive change in his community. A Norview High School and Old Dominion University alumnus, Ellmer founded Priority while emphasizing the importance of integrity, quality service, community participation and personal commitment. Ellmer has donated both his time and support to many civic and charitable organizations including the Special Olympics, the SPCA, the Chesapeake Sports Club, March of Dimes, and the Old Dominion Athletic Foundation among others. His greatest impact however may be through his involvement with America’s longest running charity flag football game.

With the help of Ellmer and Priority Automotive, the Priority Toyota Charity Bowl has become a driving force for improving the Hampton Roads community. Founded in 1968, the Charity Bowl was created to provide gifts to under-privileged children at Christmas, however by 2009 the game was in danger of cancellation due to dwindling support. In 2010, Ellmer and his team at Priority made a pledge to revive the Charity Bowl and raise enough money to support multiple children’s charities in Hampton Roads. 11 years later, through Ellmer’s commitment to the game and passion for his community, the Charity Bowl has raised over $3,800,000 and served over 400,000 children in the Hampton Roads region. In 2021 alone, the game and additional Priority Automotive Charities events, raised over $800,000 and provided grants to 39 charitable organizations.

The Virginia Sports Hall of Fame is proud and honored to recognize Dennis Ellmer with the 2020 Steve Guback Distinguished Virginian Award. Ellmer has consistently proven the power of sport as a philanthropic platform in the Commonwealth of Virginia.