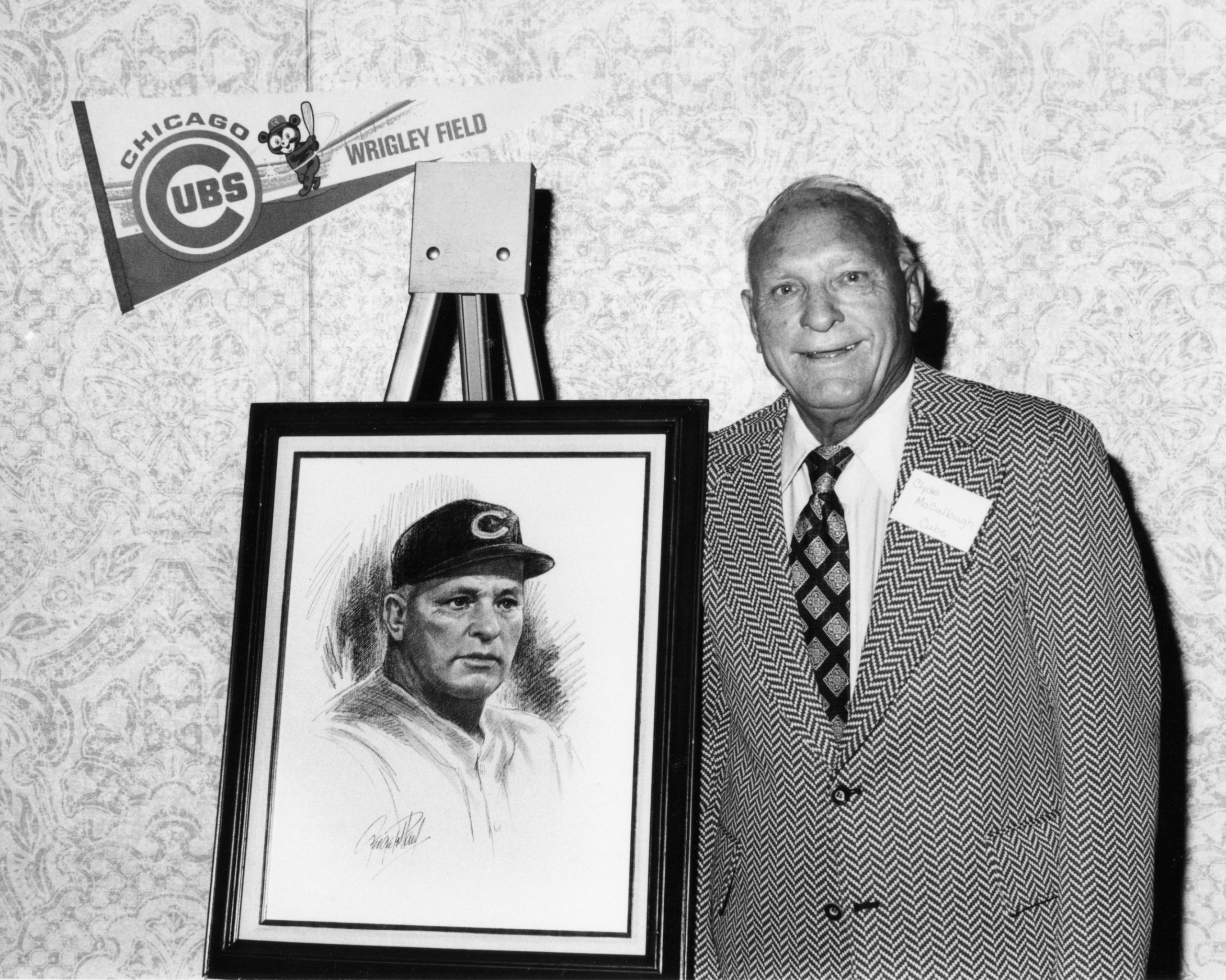 McCullough began his baseball career as an infielder with his hometown Nashville American Legion Team at the age of 17.  He spent the next 40 years in the game.  As an 18-year-old in 1935, McCullough was picked up as a professional, playing in both Lafayette, Louisiana and Akron, Ohio that season.  The following season, McCullough jumped to the International League, playing for a team based in Newark, New Jersey.  In 1937, he was with Binghamton, New York as a Yankee farm member in the Eastern League.  McCullough spent 1938 and 1939 with Newark and Kansas City in the American Association.  In 1940, the Yankees sent McCullough to Buffalo, again in the International League.  The Yankees then sold McCullough to the Chicago Cubs of the National League in 1940.  McCullough spent two years in the Navy and upon receiving his honorable discharge in 1945, returned to the Cubs where he played until traded to Pittsburgh in 1949.  In 1953, the Cubs purchased McCullough’s contract and he played for them until his retirement in 1956.

McCullough then turned his energies towards managing.  He managed minor league clubs in Miami under the Phillies in 1957 in the International League.   He was signed by the Cleveland Indians in 1958 to manage their Eastern League team at Reading, PA.  McCullough’s next stop was manager of Ashville, North Carolina of the South Atlantic League in 1959.  He then signed on as a coach with Washington and Minnesota for 1960 and 1961.  He was out of baseball in 1962, but returned with the New York Mets as manager of their Raleigh, North Carolina team.  He then managed Auburn, New York in the Pennsylvania League from 1963 – 1966, going to Durham, N.C. in 1967 then to Jacksonville FL. in 1968 and was the first International League Manager of the Tidewater Tides at Portsmouth, Virginia in 1969.  He was with Montreal in 1970 and, in 1971, suffered a heart attack but returned to the Expo’s as a scout in 1972.  From 1973 through 1976, he served the New York Mets as Minor League Instructor.  He retired in 1976, but spent 1981 and 1982 as the Bullpen Coach and Troubleshooter with San Diego.

McCullough is deceased but is remembered for his contributions to baseball in Virginia and at the major league level.