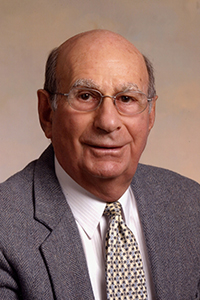 Bob Moskowitz has come a long way from his hometown of New York City to become a seasoned veteran in Virginia sports coverage. With over half a century of experience, Moskowitz is an exemplar for sports writer hopefuls.

After a three-year stint with the United States Coast Guard, Moskowitz enrolled at Oglethorpe University in 1948. Two years later, he transferred to Miami University in Ohio to receive his Bachelors degree.

As a columnist and reporter for publications in four states, Moskowitz covered virtually everything, from high school and college sports to professional baseball and football. He also covered tennis, golf, hockey, powerboat racing, and stock car racing. His first job as a sports reporter was for the Gazette in St. Joseph, Missouri, and he earned his MA in Journalism at the University of Missouri in 1955. He soon found himself in Terryville, Connecticut as an editor for a weekly publication called the Eagle. He then spent two years in Shreveport, Louisiana as a sports writer for the Times before he finally made his home in Newport News, Virginia.

Moskowitz spent over 34 years with the Daily Press in Newport News, writing for the sports department and then transferring to the advertorial department for the last 4 years. During his tenure with the Daily Press, Moskowitz covered the American Legion Baseball World Series in both 1959 and 1962 and the NCAA Basketball Final Four in 1970. He also covered Super Bowls VII and XVII, both of which featured a match between the Washington Redskins and the Miami Dolphins. Moskowitz retired from the Daily Press in 1991 and writes for the York Town Crier in York County, Virginia.

Desiring more than a writing career, Moskowitz has been a member of the Peninsula Sports Club, of which he was once President, since 1955. He served as President of the Virginia Sports Writers Association in 1970. He also involved himself in collegiate athletics by serving as a part-time Sports Information Director for Christopher Newport University and the Newport News Apprentice School. In 1994, the Newport News Temple Sinai Brotherhood honored Moskowitz and named him Man of the Year.