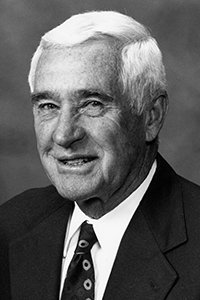 Robert Lee ”Bob” Holland, of Virginia Beach, is the only surfer to win the coveted United States Surfing Championships on all three continental coasts.  He won his first U.S. Championship in Huntington Beach, California in 1967 in the senior men’s division and completed his competition career in 1993 in Oceanside, California by winning the U.S. Championship Senior Grandmaster.  During this 26 year span, Bob won the Eastern Surfing Association Championship ten times along with numerous other surfing competitions up and down the east coast from Rhode Island to Florida.

At the request of the Virginia Jaycees, Holland helped to organize the East Coast Surfing Championship (E.C.S.C.) in 1963.  His ability to attract big name West Coast surfers helped the E.C.S.C become the oldest and largest surfing competition on the eastern seaboard.

In 1996, Holland was honored as an inductee to the East Coast Surf Legends Hall of Fame adding to his enshrinement in the Eastern Surfing Association’s Hall of Fame, an organization proud to have had Holland serve as head.