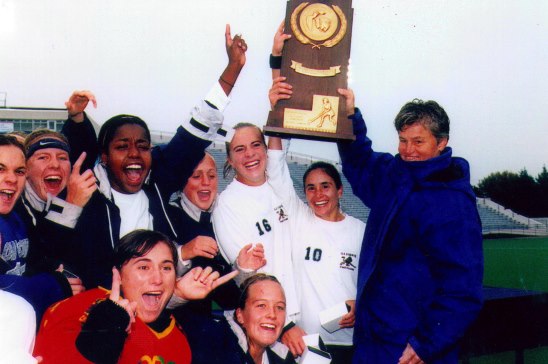 Beth Anders started her coaching career at Old Dominion University in 1980 after being a member of the 1980 and 1984 U.S. Olympic Field Hockey teams. The team won the bronze medal in the 1984 Olympics and Anders finished with the most goals scored in Olympic competition. At Old Dominion, Anders mentored the field hockey team for 30 years and led her teams to 28 appearances in the NCAA tournament. Under her tutelage, the Lady Monarchs have achieved more honors than any other field hockey program in NCAA history. Among the most prestigious, Anders and her teams brought the NCAA Championship trophy back to Norfolk an unprecedented nine times. In addition, the Lady Monarchs won the CAA regular season crown 15 times and the CAA Tournament 14 times since joining the league in 1991 while making 17 appearances in the NCAA Championship Round. Anders also captured 12 CAA Coach of the Year awards. Upon retirement, Anders was the nation?s winningest coach in NCAA history with a 561-136-7 record. Anders also coached the U.S. Women?s National Field Hockey team on three occasions; the team qualified for the 1994 World Cup, where they would capture the bronze medal. Anders is a member of the United States Field Hockey Coaches Association Hall of Fame, Pennsylvania Sports Hall of Fame, Old Dominion University Sports Hall of Fame and the Hampton Roads Sports Hall of Fame.