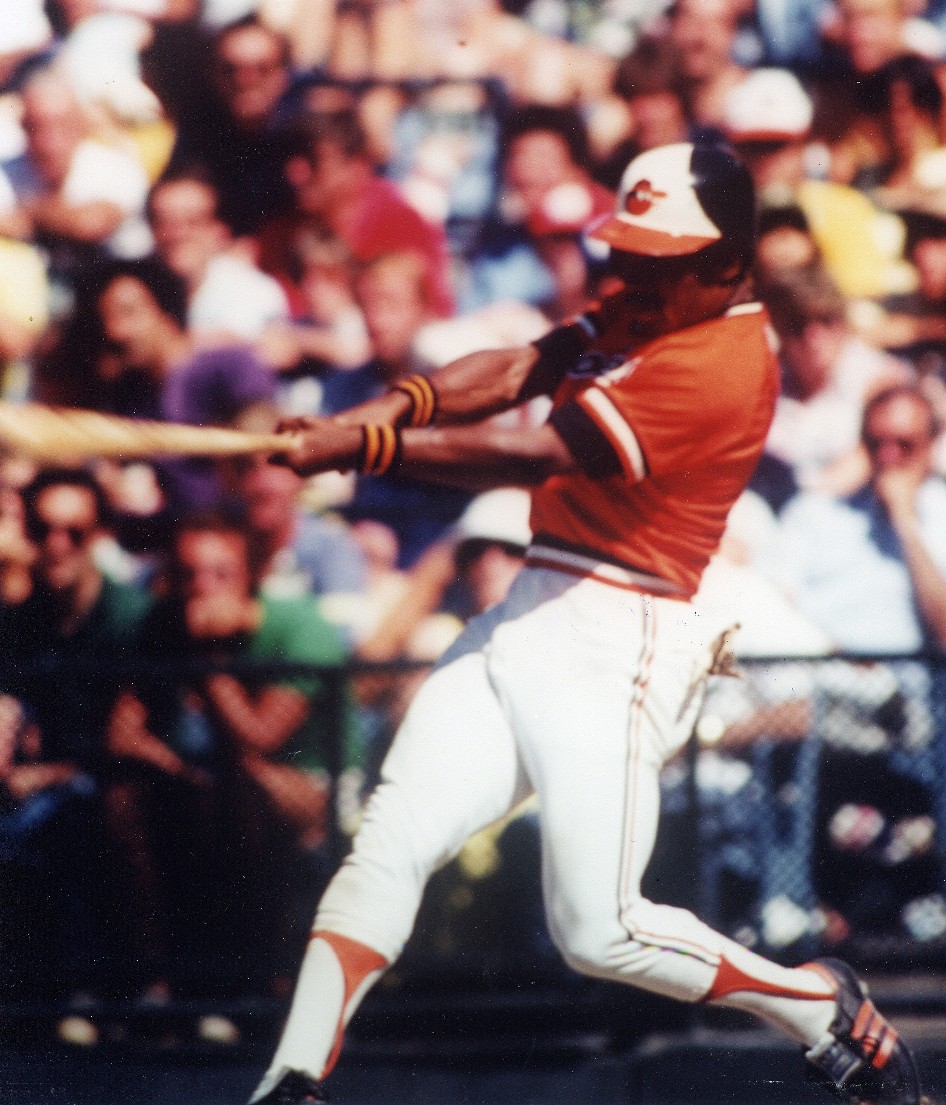 “Bee”, as Al Bumbry was affectionately known to Orioles fans, was an appropriate nickname for such a tenacious player.  He stung pitchers with his bat and frustrated defenses with his ability to steal bases at will.  The base paths were Bumbry’s highways; there were no speed limits and the light was always green!

Alonza “Al” Bumbry, a Fredericksburg native, was a late bloomer in baseball.  He first distinguished himself on he basketball court, averaging 32 points per game at Ralph Bunche High School (King George County).  After accepting a basketball scholarship to Virginia State College (now Virginia State University) Al played four years and was captain during his senior year.  When Virginia State College re-started the baseball program during Al’s final academic year he decided to play baseball.  Al captained the Trojans, batted .578 and was the teams Most Outstanding Player.  The decision to play baseball has led Al to a life long dedication to America’s past time.

Graduating in 1969, Al fulfilled his military obligation of two years.  He was discharged as a first lieutenant after serving a year in Vietnam where he was decorated with the Bronze Star.

Bumbry joined the Baltimore Orioles in 1973 after a brief minor league career.  As was his style, he wasted no time making an immediate impact on major league baseball.  That season he hit .337 and was named American League Rookie of the Year.  In 1980, he became the first Oriole to obtain 200 hits in one season, was the Orioles MVP, and was selected to the American League All-Star team.  Throughout his career, Bumbry compiled statistics that rank him in seven of ten Oriole All-Time Offensive categories.  Bumbry’s speed made him the Orioles all-time stolen base leader and he ranks second in career triples.  In 1987, the “Bee” landed permanently among Orioles legends with his induction into the Baltimore Orioles Hall of Fame.

Alonza “Al” Bumbry was one of the Oriole’s most consistent players and remains a huge fan favorite in Baltimore and his love of baseball has never diminished.  Since retiring in 1985, he has also worked for the Boston Red Sox and the Cleveland Indians. As one of the most popular Baltimore Orioles players in team history, Al still works representing the organization in community affairs along with other Major League Baseball events.