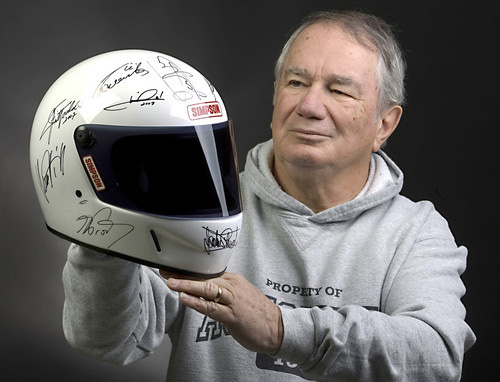 Al Pearce, native of Rocky Mount, NC, graduated from Presbyterian College in 1965 and taught high school in Jacksonville, FL while awaiting a call from the Army. He had two postings at Fort Eustis and did a 13-month tour in Viet Nam (1967-68). He was hired by The Times-Herald (now the Daily Press) in June of 1969 and worked until retiring in November of 2004. Pearce covered everything in those 35 years, including high school, college and professional sports. He began covering racing in 1969, and it became his primary beat for virtually his entire newspaper career. He began working with AutoWeek magazine in 1973 and continues there as their NASCAR editor. He has authored solely or co-authored 13 books about NASCAR. He has eight Virginia Press Association Awards with the Daily Press and received the Henry McLemore Award in 2003, the highest recognition for a motorsports journalist. He also was inducted that year into the Media Wing of the International Motorsports Hall of Fame at Talladega, Ala. His contributions to motorsports journalism also have been recognized by Langley Speedway, Pocono Raceway and Martinsville Speedway, and by the Peninsula Sports Club.