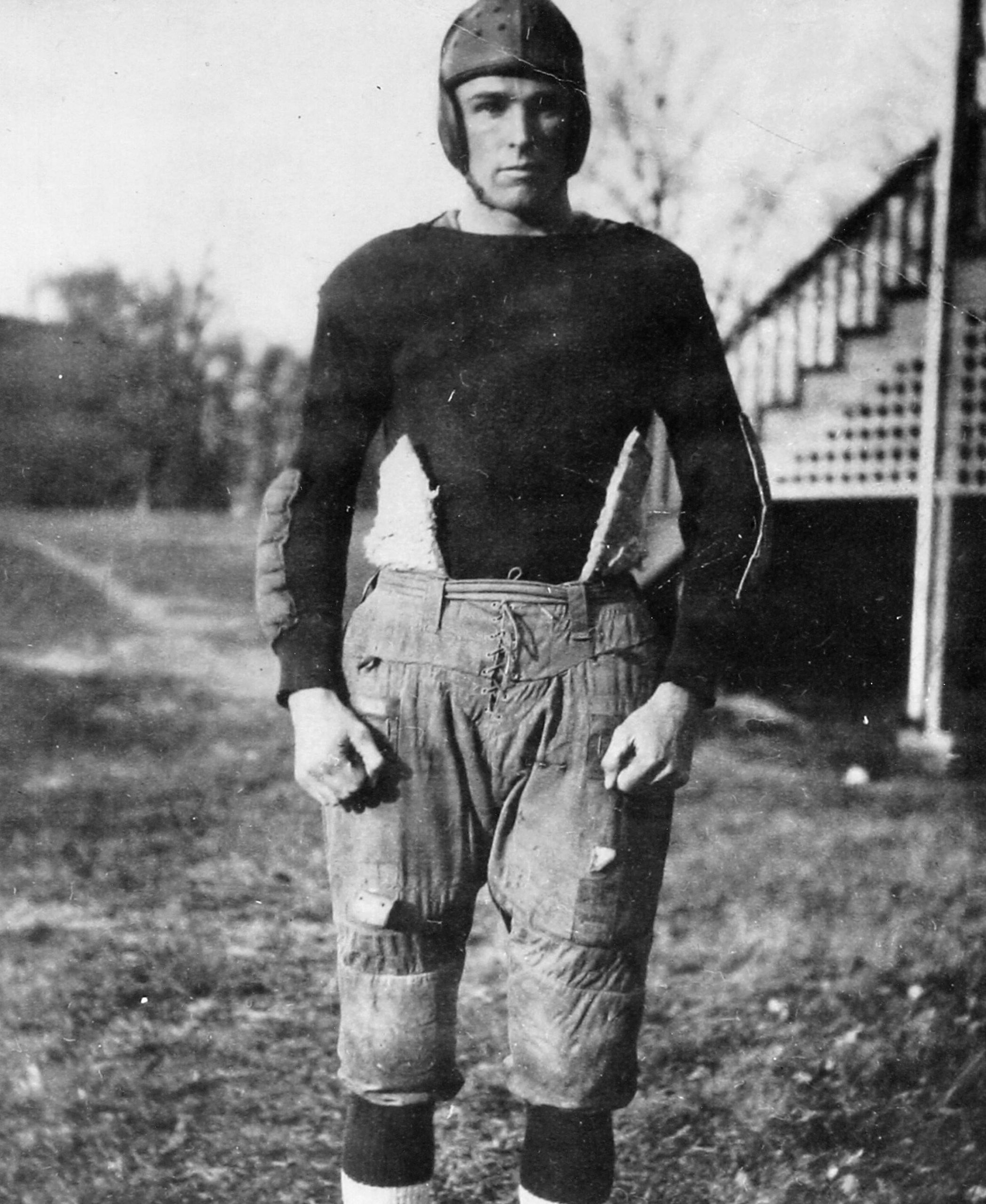 William Lee “Monk” Younger was born in Danville, Virginia but grew up in Lynchburg, Virginia, where he earned enough athletic recognition there to have long since been enshrined with some kind of permanent honor.  He lettered two years as an end, winning all state honors in 1912, at Lynchburg High School, now known as E.C. Glass High School.  The next two years, 1913 and 1914, he won all state Prep-School honors at Fishburne Military School where he also lettered both years in basketball, baseball and track.

In 1915, Younger entered Davidson College where he became the only freshman ever to win four varsity letters, and he was named on the All-South Atlantic and all-state football teams.  In 1916, he transferred to Virginia Tech and in football he won All-South Atlantic and all-state honors and was personally congratulated by the renowned Walter Camp for his play against Yale.  It was Camp who nicknamed Monk “the Southern Panther.”  In 1917, Younger again won the same honors, although for the first time in his career he played linebacker on defense.  At the end of the season he was elected captain for 1918, but that never happened due to his enlistment in the army as of December 1917.

In the fall of 1919, Younger accepted a job at Hampden-Sydney College as athletic director and head coach of all sports.   A year later he returned to Virginia Tech as an assistant football coach and head coach of basketball and baseball.  The Gobblers had two of their exceptional football records during his three-year stay, which included 19 victories posted in 1921.

In 1923, Younger moved to Davidson as athletic director and head coach in football, basketball and baseball.  During his nine years there he compiled an enviable record, highlighted by a state football championship in 1926 when his Wildcat team posted wins over University of North Carolina, Duke, and North Carolina State.  He once again returned to Virginia Teach in 1932 serving as backfield coach in football, as well as head coach in basketball and baseball.  The Hokies record was 8-1, the only blemish, a proudly contested 9-6 loss to Alabama at Tuscaloosa.  In 1935, he retired from coaching at Virginia Tech.

His illustrious career as player, coach and administrator encompassed more than 50 years, the majority of them in his native state, and the reputation he built in all three categories was both remarkable and noteworthy.