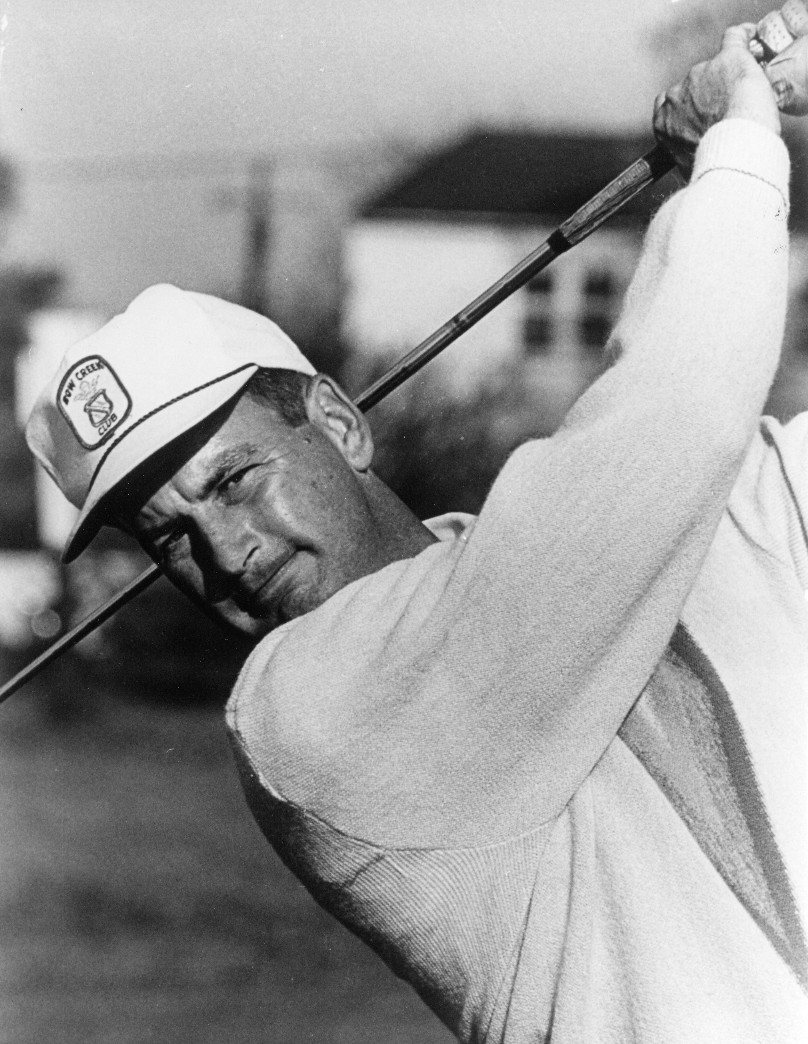 Tom Strange got his start in golfing as a caddy in his native city of Cincinnati.  An accomplished amateur in Ohio, Strange was stationed in Norfolk, Virginia from 1951 to 1954, during his time serving with the United States Coast Guard.  In 1958, Elizabeth Manor Country Club in Portsmouth sought out Strange as its Head Golf Professional.  The position meant leaving the secure position he had held since his honorable discharge from the military and giving up his amateur golf status.  It was a difficult decision, but strategic in the move toward making professional golf his career.

Soon, Strange faced yet another difficult decision.  After only two years at Elizabeth Manor, Sam Snead came to Norfolk for an exhibition match at Ocean View Golf Course.  Snead and Strange were matched against fellow icons, Chandler Harper and Jack Isaacs.  Strange’s style and ability impressed Snead and a short time later he offered Strange the position of Host Professional at the Greenbriar Resort in White Sulpher Springs, West Virginia, where Snead was Head Professional.  Strange chose to leave Portsmouth and move his family west.  The move paid off as he was later quoted in the Virginian Pilot as saying “…those years with Snead helped my game tremendously.”

Strange returned to Hampton Roads in 1962 as the Head Professional at the new Bow Creek Golf and Country Club.  While there he was elected to membership in the Professional Golfer’s Association of America.  Strange was in the process of negotiating to purchase Bow Creek at the time of his passing as a result of cancer in 1969.  Strange played in six U.S. Opens and won five Virginia State Open titles.

In his honor, the Middle Atlantic PGA Chapter (MAPGA) initiated the Tom Strange Cup in 1969.  It was awarded to the MVP of the Schmidt’s Cup Matches from 1969 through 1972 and then again to the MVP of the Yamaha Cup Matches from 1975 through 1987.  In 1997, the Cup was awarded to the MVP of the Middle Atlantic Section’s Chapter Challenge Cup.  This is the Section’s most prestigious team event, pitting the three chapters against one another in Ryder Cup type format.  The best and most competitive golfers in the Section fiercely vie for team membership, as this is truly one of the most exciting events of the year.  In 1997, Strange was honored by the MAPGA by his induction into their Hall of Fame.