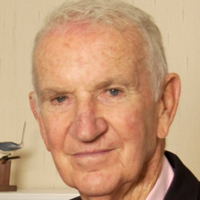 Senator Elmon T. Gray matriculated at Virginia Military Institue in the fall of 1942. Interrupted by two years of service to the U.S. Navy, he returned to VMI to complete his degree, graduating in 1947. In 1972, Gray became a member of the Senate of Virginia. During two decades of senatorial service, he was a member of many key committees and was widely respected by colleagues of both parties. As the longtime chairman of the Senate’s Education and Health Committee, he was one of the leaders in the
effort that markedly improved higher education throughout Virginia.