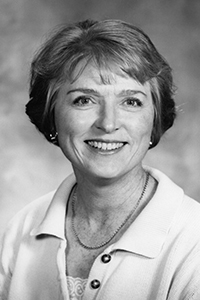 Robbye King Unger was an outstanding amateur golfer in Virginia and the Mid-Atlantic circles.  For ten years she dominated women’s golf in a fashion unequaled in recent years.

As a result of competing as the defending champion Unger did not have to qualify for six tournaments, however she never failed to qualify for the championship flight and was beaten in the first round only once.

Unger won three District of Columbia Amateur Titles, one Maryland Amateur Title and three Mid-Atlantic Championships.  She was a 17-time Farmington Country Club champion, as well as being victorious in five Farmington Invitationals.

With all the accomplishments and honors bestowed upon Unger it should be noted that she is the only person to hold the Virginia, Maryland, District of Columbia and Mid-Atlantic titles concurrently.