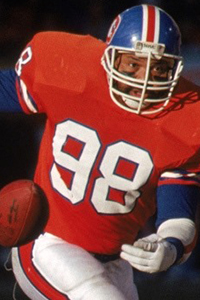 Ricky Hunley was born and raised in Petersburg. He attended the University of Arizona, where he was a two-time All-American linebacker. In 1983, Hunley was also named the PAC 10 Player of the Year. His playing career at Arizona earned him induction into the College Football Hall of Fame in 1997. Hunley played in the NFL for seven seasons. He was a starter for the Denver Broncos in Super Bowls XXI and XXII. Hunley got his start in coaching at Southern California, and is now the linebacker’s coach of the Cincinnati Bengals