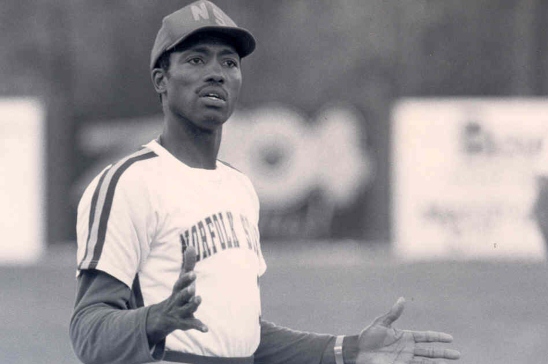 Marty Miller, a native of Danville, VA, is considered one of Norfolk State University’s greatest ambassadors. Starting at Norfolk State in 1965 as a baseball player, Miller became the first Spartan to be named an NCAA College Division All-American and played until 1968 before joining the U.S. Army. Returning to Norfolk State as an assistant baseball coach in 1972, Miller took over the team full-time the following season as head coach where he stayed until 2005 before being named the University’s Director of Athletics. In his 32 years as head baseball coach, he went 718-543-3, including 17 conference championships. Miller was named the Central Intercollegiate Athletic Association’s (CIAA) Coach of the Year 15 times, and is the winningest baseball coach in CIAA history. Miller is a member of the John B. McLendon (CIAA) Hall of Fame and the Norfolk State Hall of Fame.