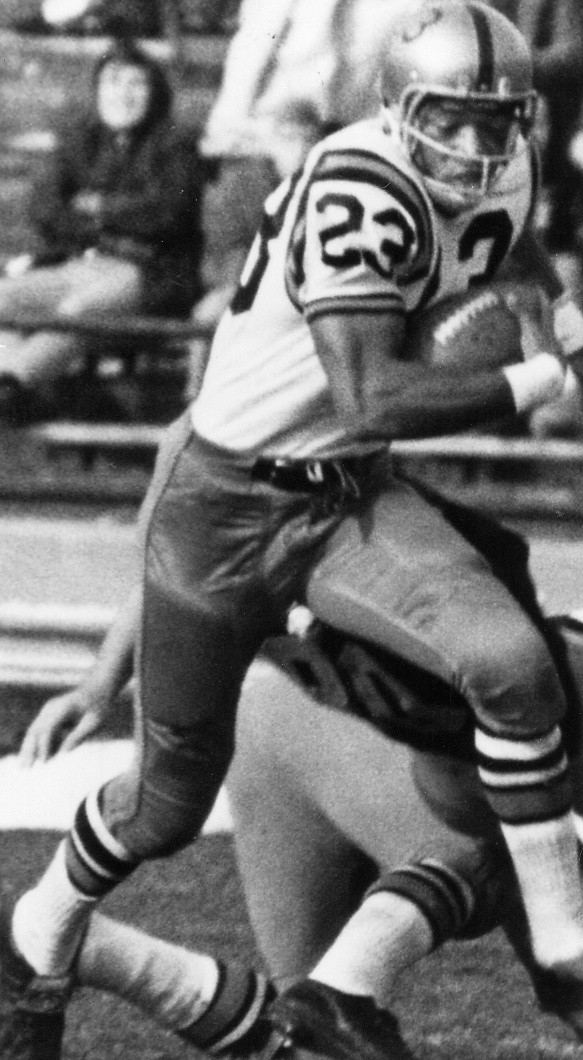 Leroy Keyes was a graduate of Carver High School in Newport News where he was a three-sport star in football, basketball and track. Following his successful high school football career, he received offers from both the Army and Notre Dame but decided to attend Purdue University. Keyes was twice a consensus football All-American at Purdue and was runner-up to O.J. Simpson for the 1968 Heisman Trophy.

Keyes became the first Boilermaker to score 200 points (222) setting a school record for touchdowns with (37). He gained more yards in three seasons than any Purdue back (2,090) and had the highest total-offense average at 6.2 yards per play. As a junior, Keyes led the nation in scoring with 122 points, rushing for 1,003 yards and caught 80 passes for 1,204 yards. From his halfback position he completed 12 of 22 passes for eight touchdowns.

As a senior, Keyes ran for 969 yards and threw six touchdown passes. He completed his career at Purdue by being selected as a first round draft pick of the Philadelphia Eagles of the National Football League in 1969. He played with the Eagles for four years, seeing action as a runner and kick returner before a leg injury shortened his career. He was traded to the Kansas City Chiefs where he played briefly before retiring in 1975.