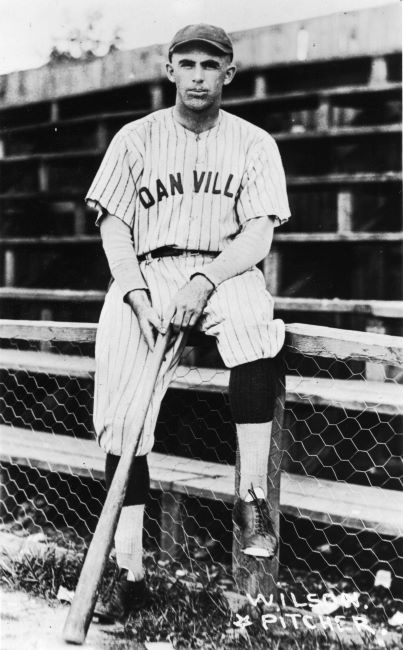 A legend in his home state of North Carolina, Wilson lived in Virginia more than 60 years. He received his education from Buie’s Academy in North Carolina and the University of North Carolina, graduating upon his return from the army in 1922.  He is considered one of North Carolina’s All-Time Great Baseball pitchers, winning 40 games in four seasons.  He was named to the All-State team his final two years at Carolina.

Wilson began his professional baseball career with the Danville, Virginia team of the Piedmont League, winning two games for Danville in the League Championship Playoffs in 1923.

At Danville’s George Washington High School, Wilson was responsible for a homeroom and 5 mathematics classes as well as coaching football, basketball and baseball.  He produced State Baseball Championship teams in 1926, ’28, ’31, ’53 and ’54.   He produced winning football and basketball squads, including the 1933 State Basketball Champions.  Wilson retired from the school in 1963 after 40 years of service.  The Diamond at G. W. High School is named after Wilson.

Wilson’s coaching style stressed fundamentals, hustle and giving 110% to a team effort, not individual.  Three generations of boys grew up under his tutelage and many went on to the pros.  All credit him as a lasting and undeniably good role model.