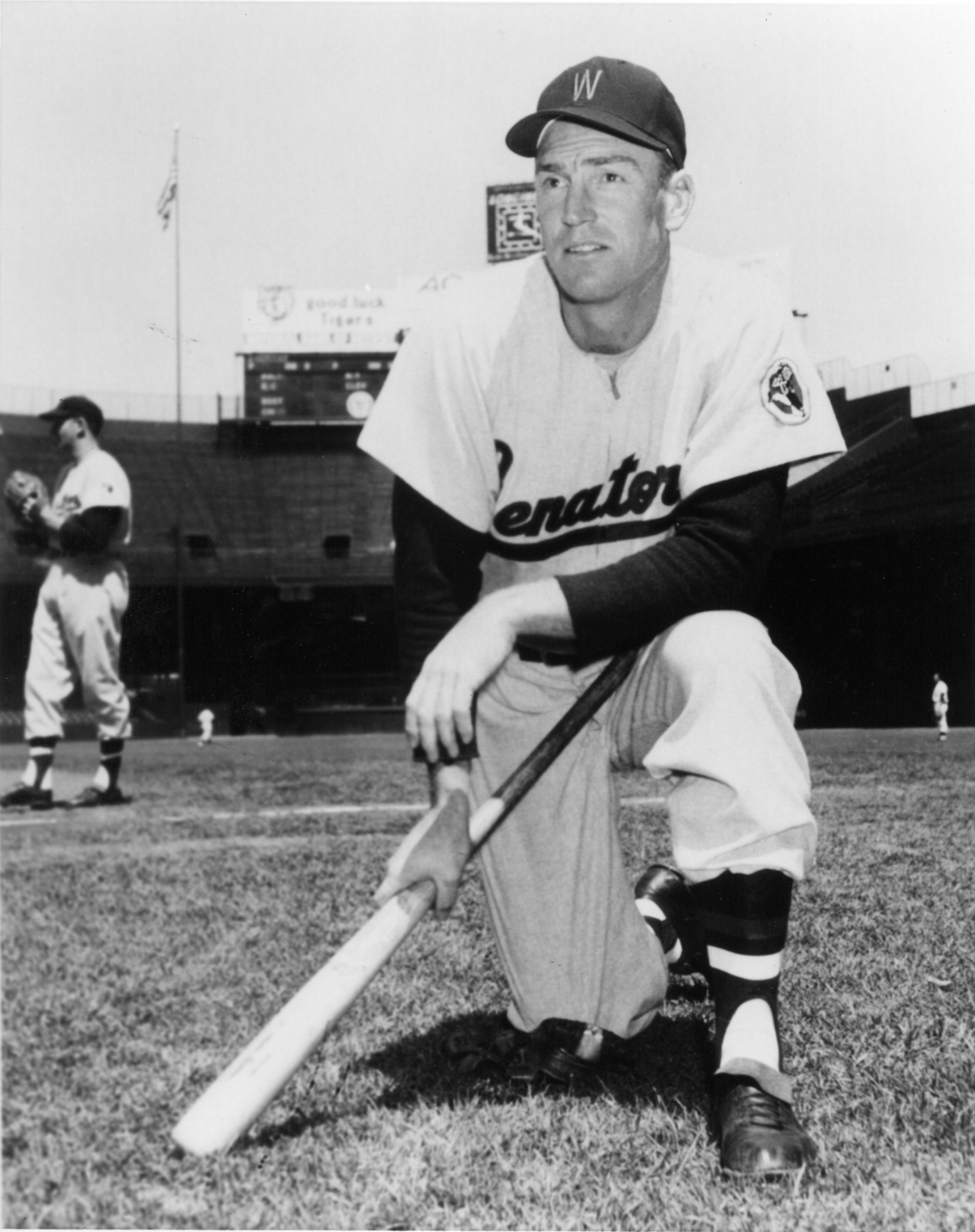 A lanky country boy from Covington, Virginia turned his ability to hit a baseball a country mile into a more than 40-year association with the game of professional baseball. Jim Lemon started his professional career in 1948 following his graduation from Covington High school. He ended his Major League career in 1963, playing for the Cleveland Indians, Washington Senators, Minnesota Twins, Philadelphia Phillies and Chicago White Sox. In 1964, he managed York, PA, and then joined the Minnesota Twins as a coach for three seasons, before succeeding Gil Hodges as manager of the Washington Senators in 1968. A year later he was replaced by the great Ted Williams. Lemon played most of his Major League career with the Senators after being signed by the Cleveland Indians. His career was interrupted by a two-year hitch in the U.S. Army from 1951 to 1952. In 1952, the Indians traded him to the Senators, after playing with Charlotte, NC and Chattanooga, Tennessee. He went to the majors to stay as a member of the Washington Senators in 1956. He played with the Minnesota Twins from 1961-63, compiling a lifetime batting average of .262, driving in 529 runs with a career high of 164 home runs. While playing in the 1955 southern association all-star game in Birmington, Alabama, Lemon hit four home runs off four different all-star pitchers. He nearly duplicated that fact in 1956 when he hit three consecutive roundtrippers off the New York Yankees’ star Whitey Ford, with President Dwight Eisenhower among the spectators that night. After a 12-year hiatus from baseball, Lemon joined the Twins as a hitting instructor from 1981-84. He then went into scouting and served as a minor league instructor. He spent part of the 1988 season as the hitting instructor for Twin Rookies.