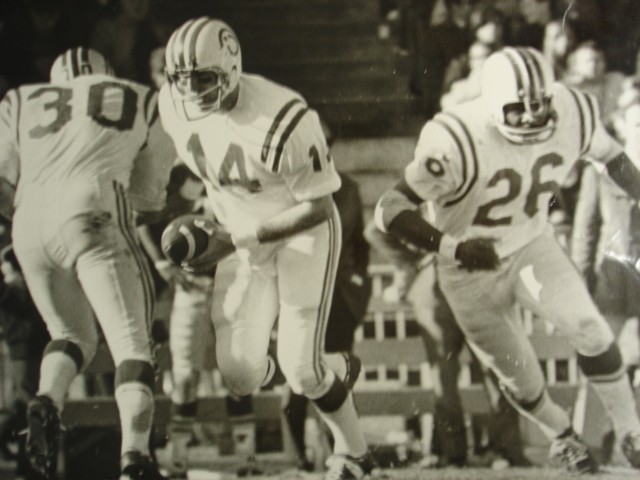 Jesse “Sonny” Wade was born on April 1, 1947 in Martinsville, Virginia where he attended Martinsville High School. After graduation, he went on to Emory & Henry College where he participated in football, basketball and baseball. Wade was voted Virginia’s College Player of the Year in 1966, 67, and 68. In 1967, Wade led the nation in scoring with 141 points. He set numerous Emory & Henry offensive records. In 1968, Wade quarterbacked Emory & Henry to a national record of 545 yards per game, was 2nd in the nation in total offense and passing and was voted 1st team Associated Press All-American Quarterback. After college, the Philadelphia Eagles and the Montreal Alouettes drafted Wade. He signed with the Alouettes in 1969 and played with the club until 1978. Wade led the team to 5 Grey Cup appearances, winning three. He was named MVP of 3 Grey Cup Championships.