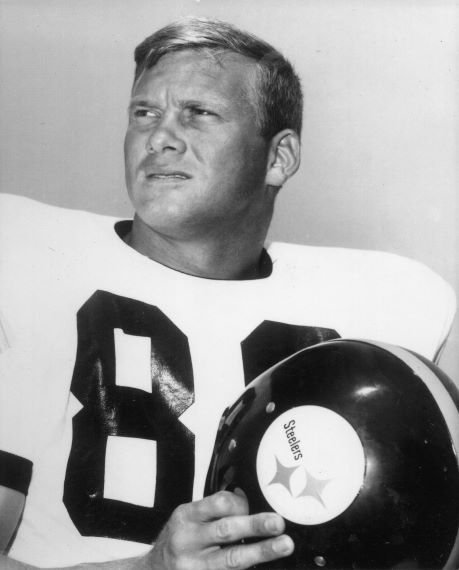 Wilburn graduated from Cradock High School in Portsmouth as a promising receiver.  With the help of his football coach, Wilburn was awarded a scholarship to the University of South Carolina.  There, he was a two-sport star as a standout split end, leading USC in catches for three seasons, and a leading track scorer in the javelin, long jump, triple jump, and high jump. He was named to the All-Atlantic Coast Conference team and finished his senior year with the second most catches (38) in the ACC.  He was also awarded runner-up ACC Athlete of the Year, Honorable Mention All-American, and All-State honors twice—prime examples of his stellar leadership as co-captain of the football team.  He set a game record of 10 receptions in the 1965 Blue-Gray game.  A quadruple threat in track, Wilburn earned the most points ever scored in a dual-meet against the University of North Carolina.  In 1965, he was named South Carolina’s Athlete of the Year and Virginia Beach Sports Club’s Outstanding College Football Player from the Commonwealth of Virginia.  He was also named to Alabama’s National Championship All-Opponent team that same year.

At the end of his college career, Wilburn was a draft pick by the NFL Pittsburgh Steelers and the AFL Buffalo Bills.  He opted to play for the Steelers as a wide receiver and tight end, where he set a Pittsburgh single game pass-catching record of 12 catches that stood for 31 years.  In 1967, he led the Steelers in receiving with 51 receptions for 767 yards and 5 touchdowns.  After five years of playing for the Steelers, Wilburn was traded to San Diego, where he played for the Chargers for one year before a leg injury ended his professional football career.

During the off-season, Wilburn worked for Reynolds Metal, which was later purchased by Alcoa.  Upon the completion of his football career in 1971, he joined them permanently until his retirement in 2009.