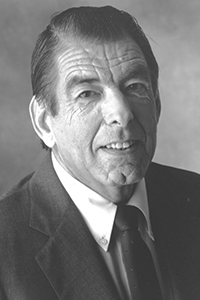 Over 45-seasons with the Minnesota Twins, Herb Carneal had one of the longest uninterrupted service times of any American League play-by-play broadcaster, 1962-2006.

Herb was the voice of the American League Champion Twins in 1965 and the World Champion Twins of 1987 and 1991. He has firmly established himself as a broadcasting icon. A native of Richmond, Carneal graduated from John Marshall High School and got his start as an announcer for station WMBG in Richmond. After another announcing job in Syracuse, New York, he landed his first full-time baseball job with the Springfield, Massachusetts Cubs, who, at that time, were a member of the International League. From there, he went to Philadelphia, where, for a time he had the distinction of broadcasting for both the Phillies and Athletics at stations WFIL and WIBG.

His next baseball assignment took him to Baltimore where as an Orioles broadcaster he teamed with two present members of the Major League Baseball Hall of Fame-Ernie Harwell, now with Detroit, and Bob Murphy, currently with the New York Mets. Herb was hired by the Twins in 1962, their second year in the American League and has been with them ever since.

Among CarnealÕs most memorable broadcasting moments are Rocky Colavito hitting four home runs in one game against the Orioles at Baltimore in 1959. Then in 1960, he broadcast the Orioles game at Fenway Park in Boston when Ted Williams hit a home run on his last at bat in the Major Leagues. In 1968, he called MinnesotaÕs game at Oakland when the Athletics Catfish Hunter pitched a perfect game.

Herb continues to be the most familiar voice in the Minneapolis-St. Paul area and throughout the upper mid-west as he broadcasts another season of Minnesota Twins baseball.