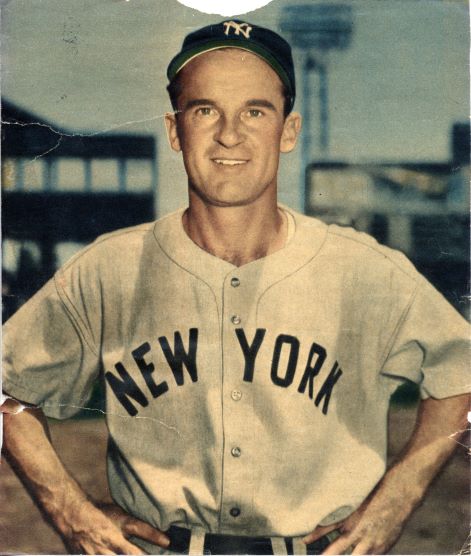 McQuinn, from Ballston, Virginia, spent his entire life in baseball.  His professional career started in 1930 with New Haven, Connecticut in the old Eastern League.

In addition to the Eastern League, McQuinn played in the Mid-Atlantic, New York – Penn, International, National, and American Leagues for a total of 18 years in professional baseball.

His big league career saw him with Cincinnati in the National League and the St. Louis Browns, Philadelphia A’s and New York Yankees of the American League.  He was with Cincinnati one year, with the Browns eight years, and two years with the Yankees, ending his career in New York.

At the end of his playing career, McQuinn managed minor league clubs for 10 years and was employed as a scout.  He authored A Guide to Better Baseball, which includes suggestions for coaches on all aspects of the game of baseball in each position and diagrams of various plays.