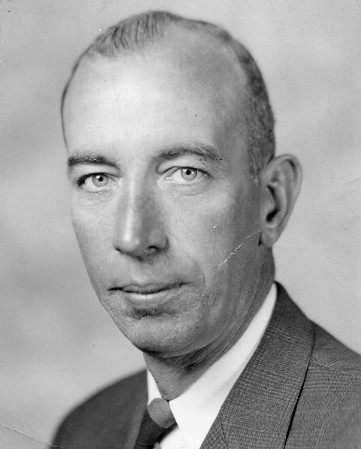 George S. “Gummy” Proctor was born in Fredericksburg, Virginia, on September 30, 1907. At the early age of 15, he officiated his first big basketball game – Wake Forest College against the Richmond Blues, for only a $5.00 fee.

Proctor spent his early years working with and coaching the Richmond Rotary Boys Club. He coached basketball, baseball, football, and track. In 1929, he was named coach of the basketball and baseball teams for Benedictine High School in Richmond.   He played baseball and basketball. He was the high scorer and named MVP several times for the Richmond Blues Basketball team.

He organized the Richmond Football Officials Association and, in 1928, was selected as head official for the Southern YMCA Basketball Tournament, which included teams from Virginia, North Carolina, Kentucky, and Georgia.   In 1931, at the age of 24, he was named coach of the VPI basketball team.  His first team won 8, lost 9, but won the last 6 straight games. VPI was a member of the Southern Conference.

He was 35 when he became coach at Washington & Lee University.  It was 1942-43 and the war took all the varsity players so he had to pick up boys from intramural athletic teams to finish the season.  He coached basketball and officiated at football games.  From 1942-1946, he coached both basketball and baseball for VPI and was one of the officials for the Army-Duke football game played at Yankee Stadium in New York.   He officiated at the Alabama-Duke Sugar Bowl game played in New Orleans.

Proctor was appointed Athletic Director and basketball coach at Hampden-Sydney College in 1947, where his first team compiled a 20-2 record and won the state championship.  He remained until his retirement in 1954.