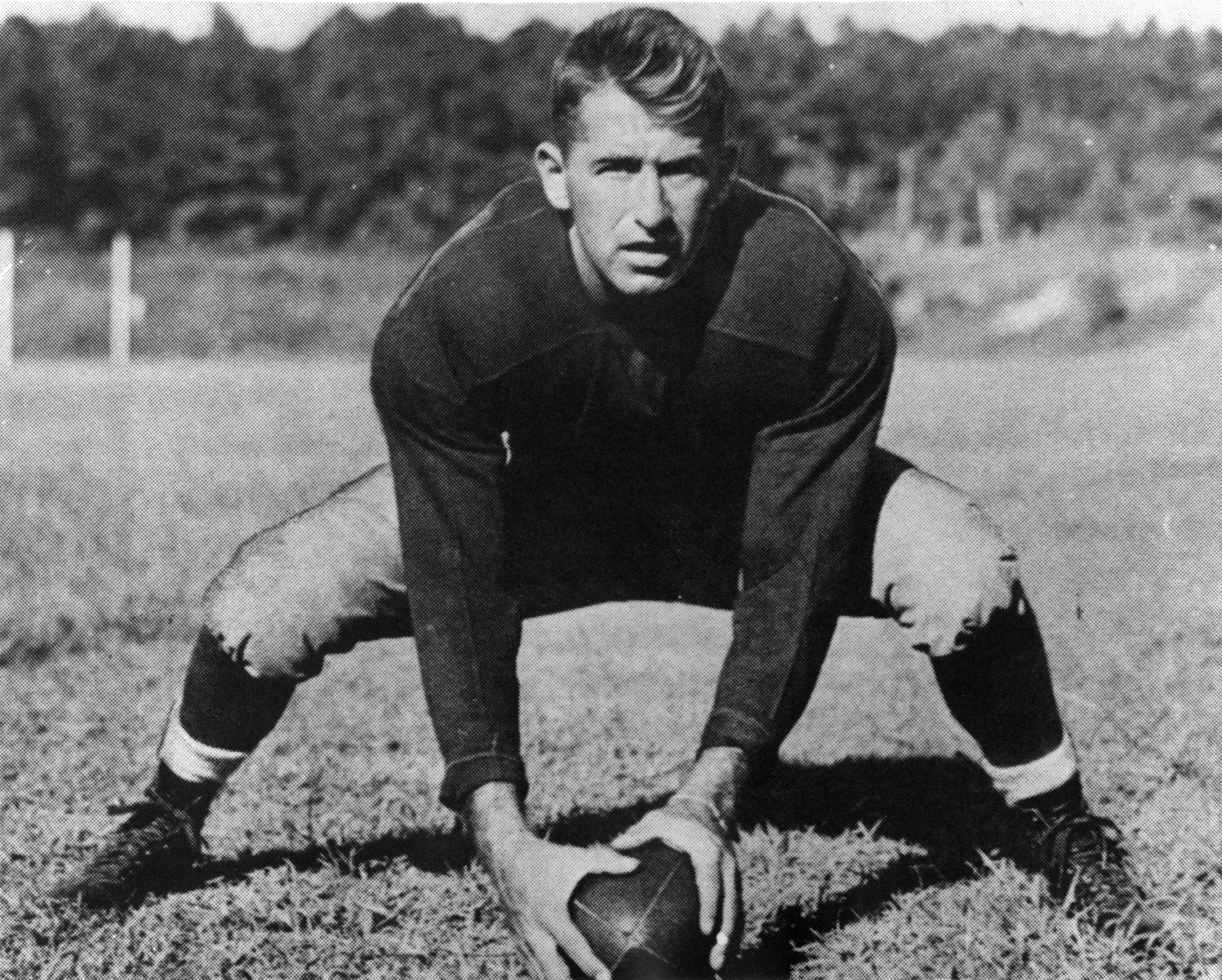 Ed Merrick, both as a player and coach, became a legend at the University of Richmond. He entered Richmond as a freshman in 1936 and started off playing football, basketball and baseball. He was named All-State in football in 1938-1939 and voted the outstanding tackle in 1938-39-40.

Merrick was named to the All-Southern team three years and was the first college player from the State of Virginia selected to the College All-Star game in Chicago in 1940. He played with the Richmond Rebels in the Dixie League and was named to the 1st Team All Dixie League. Merrick started coaching the University of Richmond freshman football team in 1940.

Merrick entered the United States Air Force as a private in 1942 and separated from the Air Force in 1946 as a Major. He received the SoldierÕs Medal for Heroism and five battle stars. He returned to his country and served as Head Coach at Fork Union Military Academy with a record of 41 wins and 10 losses, defeating Columbia Military AcademyÕs undefeated team by a 42-0 score in the Orchid Bowl Game in 1950. He coached the Academy from 1946-50.