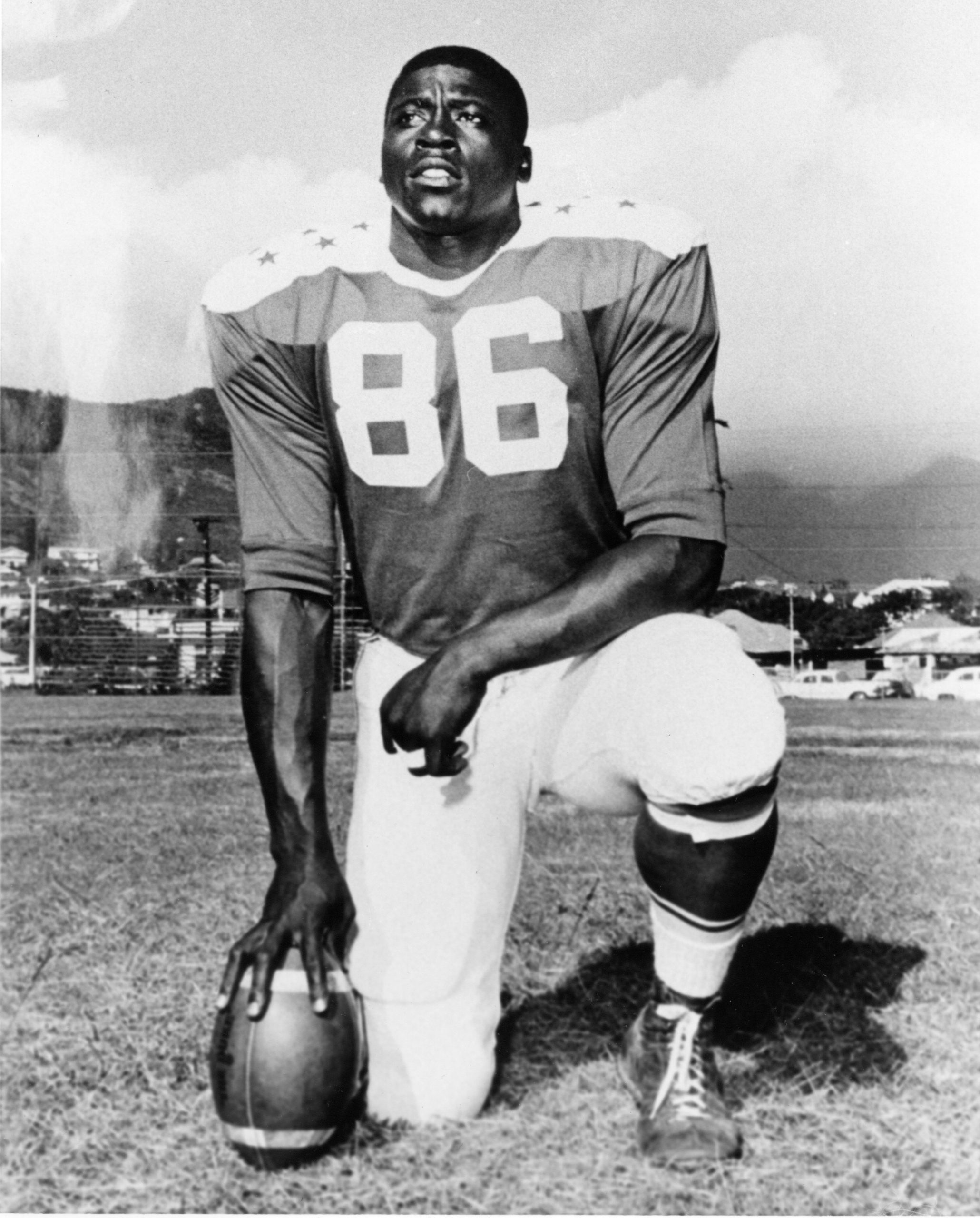 A native of Newport News, Virginia, Faison attended Huntington High School where he starred in football, basketball and track.  He was State champion in shot-put and discus from 1954 to 1957.  During this same period, Faison was named to the All-State teams in both basketball and football.  He continued to play football at Indiana University earning All-American honors as an end in 1960.

During Faison’s college career he was an enormous tackle standing at 6’5” and weighing 265 pounds.  Having been named to the All-Big-10 second team in 1959, Faison moved up the ranks in 1960, being named to the All-Big-10 team as a defensive end and earning an honorable mention slot on the All-American team.  Also in 1960, Faison made an appearance in the Hula Bowl Game at Honolulu.

Following an outstanding career at Indiana, Faison signed with the San Diego Chargers of the American Football League (before their merger with the National Football League).  Faison spent a total of six years with the Chargers, earning “Rookie of the Year” honors in 1961.  He was voted to the All-Pro team in 1961, 1963 and 1964.   Faison retired from the game in 1966.