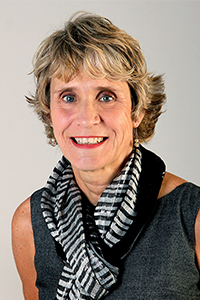 Debbie White, a native of Lexington, Virginia, gained notoriety in the Commonwealth as the first full-time female sportswriter in the state, while serving on the staff of the Daily Press from 1974-1977. After serving as Sports Information Director at Siena College in New York from 1977-1979, one of only three female SID’s in the country, White returned to Virginia and began a long and distinguished career in the Old Dominion University Athletics department. Beginning as an Assistant Sports Information Director in 1979, White was promoted to Sports Information Director the following year, and played a large role in the national exposure the university’s basketball programs received in the early 1980’s. Over the next three-plus decades, White would serve Old Dominion athletics in numerous capacities, eventually being named Senior Associate Athletic Director for External Relations. In addition to her roles with Old Dominion, White served on numerous NCAA, Naismith Hall of Fame, and U.S. Olympic committees, which included representing the United States on the media coordination team at the 1984 Winter Olympics in Sarajevo, Yugoslavia. Her accomplishments have led White to be inducted into the CoSIDA Hall of Fame, as well as the Hampton Roads Sports Hall of Fame. Away from sports, White is a past President of the Susan G. Komen for the Cure Tidewater region. After a brief retirement, she joined the Atlantic-10 conference based in Newport News, and currently serves as Executive Director of Communications.