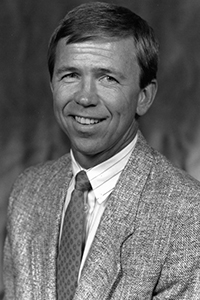 A two-time All-American at Old Dominion University, Dave Twardzik’s teams made 6 play-off appearances during his 8 year professional basketball career.  Twardzik played 4 years for the Virginia Squires of the American Basketball Association and 4 years for the Portland Trail Blazers.  With the Trail Blazers he earned a per game average of 9.5 points and 3.4 assists.

As a junior at ODU, Twardzik helped the team to the NCAA College Division Finals.  He finished his 3-year varsity career with averages of 20.2 points and 10.0 assists per game.

A 1972 NBA draft pick by the Portland Trailblazers, Twardzik declined the offer in order to remain closer to his home on the east coast and play with Julius Erving on Virginia’s ABA Squires.  With the Squires, Twardzik averaged 9.0 points per games and 3.4 assists.  He was named an ABA All-Star in 1975.

Following the ABA-NBA merger in 1976, Twardzik signed as a free agent and Portland finally got him.  Twardzik set a franchise record still standing in 1995 by making 61.2% of his field goal attempts during the Trail Blazers’ 1976-77 NBA championship season.  He spent a total of 4 seasons in the Blazers’ #13 uniform and averaged 9.5 points and 3.4 assists per game before an injury prompted his retirement in 1981.  He is one of only six other Trailblazers whose numbers have been retired.

Twardzik moved to the Trail Blazers’ front office in 1981 and was the teams director of community relations and radio analyst for four years and was an account executive for one year.

In 1986, Twardzik was hired by the Indiana Pacers and served 3 seasons as an assistant to Hall-of-Fame coach Jack Ramsay.  He was an assistant to Don Casey of the Los Angeles Clippers for the 1989-90 season before working as director of player personnel for the Charlotte Hornets and taking a position as General Manager of the Golden State Warriors.  Twardzik has worked as a scout for the Denver Nuggets and Sacramento Kings.