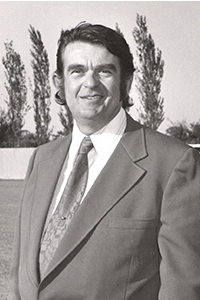 Dave Rosenfield served as General Manager of the Tidewater and Norfolk Tides for 48 years, having started the job in 1963 and holding it through the 2011 season. In this time, Rosenfield won four International League Executive of the Year Awards, and the Tides won five International League titles. Rosenfield was named the 2004 “King of Baseball” where Minor League Baseball salutes a veteran from the world of professional baseball for long-time dedication and service to the game. In 2008, he was inducted into the International League Hall of Fame.