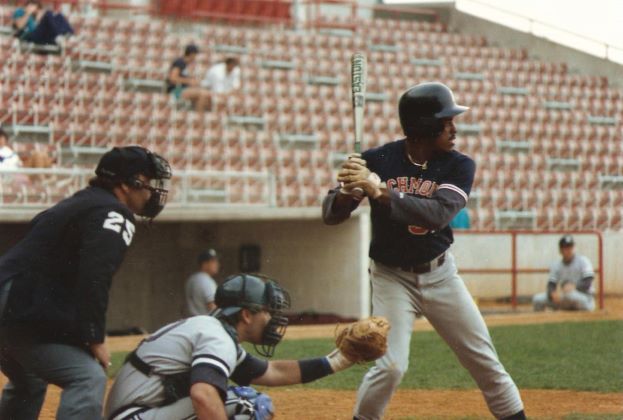 Brian Jordan, a native of Baltimore, entered the University of Richmond in 1985. As a three-year starter at cornerback for Spiders football, he earned All-Conference and All-State honors his junior and senior years. He ranks fifth all-time for career interceptions (11) and second all-time for career punt returns (60 returns for 692 yards). On the baseball field, Jordan set University records in 1988 with 66 runs scored and 27 stolen bases. In 1988, he was the first-round draft pick of Major League BaseballÕs St. Louis Cardinals, and was also offered a football contract with the Atlanta Falcons. After three seasons, Jordan decided to leave football to concentrate solely on baseball. He spent the next 15 years in the major leagues, making an All-Star game appearance in 1999 and retired a career with a .282 batting average, 1,454 hits and 184 home runs.