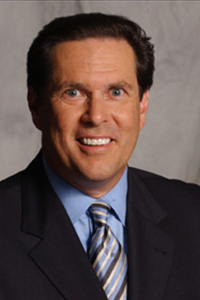 Bob Rathbun was born in Wakefield, Rhode Island, and graduated from Catawba College in 1976. Rathbun began his career at WSTP radio in Salisbury, North Carolina, and then did baseball broadcast work for several teams, including two Virginia minor-league baseball teams, the Tidewater Tides (1980-85 and 1990-91) and the Richmond Braves (1996). Annually, Bob broadcasts well over 100 games and events and is currently in his 16th season as the play-by-play voice of the Atlanta Hawks on FSN South, and also announces college games on FSN and the ACC/Raycom network. He is the winner of five Emmys and six Virginia Sportscaster of the Year awards, and is an inductee of the Catawba College Sports Hall of Fame.