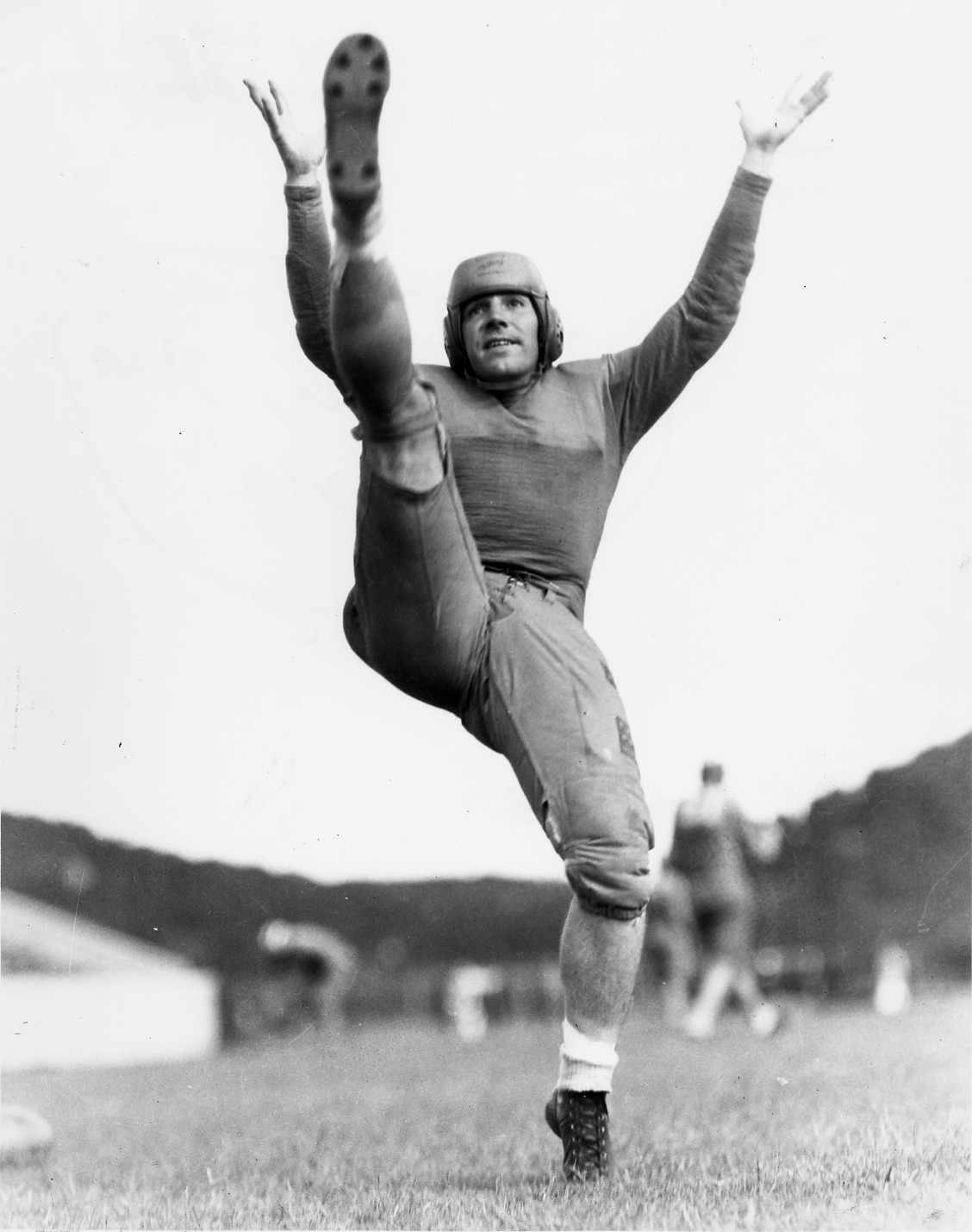 William Beattie Feathers is considered a legend at the University of Tennessee, where he was named All-American in football. He played at Virginia High of Bristol and was considered one of the finest high school football players in the Old Dominion. Feathers won All-State honors in high school and All-American at the University of Tennessee. He played minor league professional baseball as an outfielder and was considered a long ball hitter. He later managed at Kingsport, Tennessee in the Appalachian League and Pennington Gap in the Old Mountain States League. While at the University of Tennessee, Feathers scored 32 touchdowns in 30 games from 1931-33. Tennessee had a 25-3-2 record in that time. Beattie√ïs career rushing total, 1,888 yards, lasted 47 years as the school record. He was an All-American halfback and Southeastern Conference Most Valuable Player in 1933. That same year, he was credited with a 76-yard punt against Florida. From 1934 to 1940, Feathers played professionally for the Chicago Bears and, in his rookie year, set an NFL record by averaging 9.9 yards per carry in rushing. He was head football coach at Appalachian State in 1942, and North Carolina State from 1944 to 1951. Shortly after, he became head baseball and assistant football coach for Wake Forest and retired there after 24 years of employment in 1978. Beattie Feathers passed away on March 11, 1979 but he will always be remembered as one of Virginia’s finest football legends. He was also a teammate of Gene McEver, another Hall of Fame halfback, in both high school at Bristol and in college.