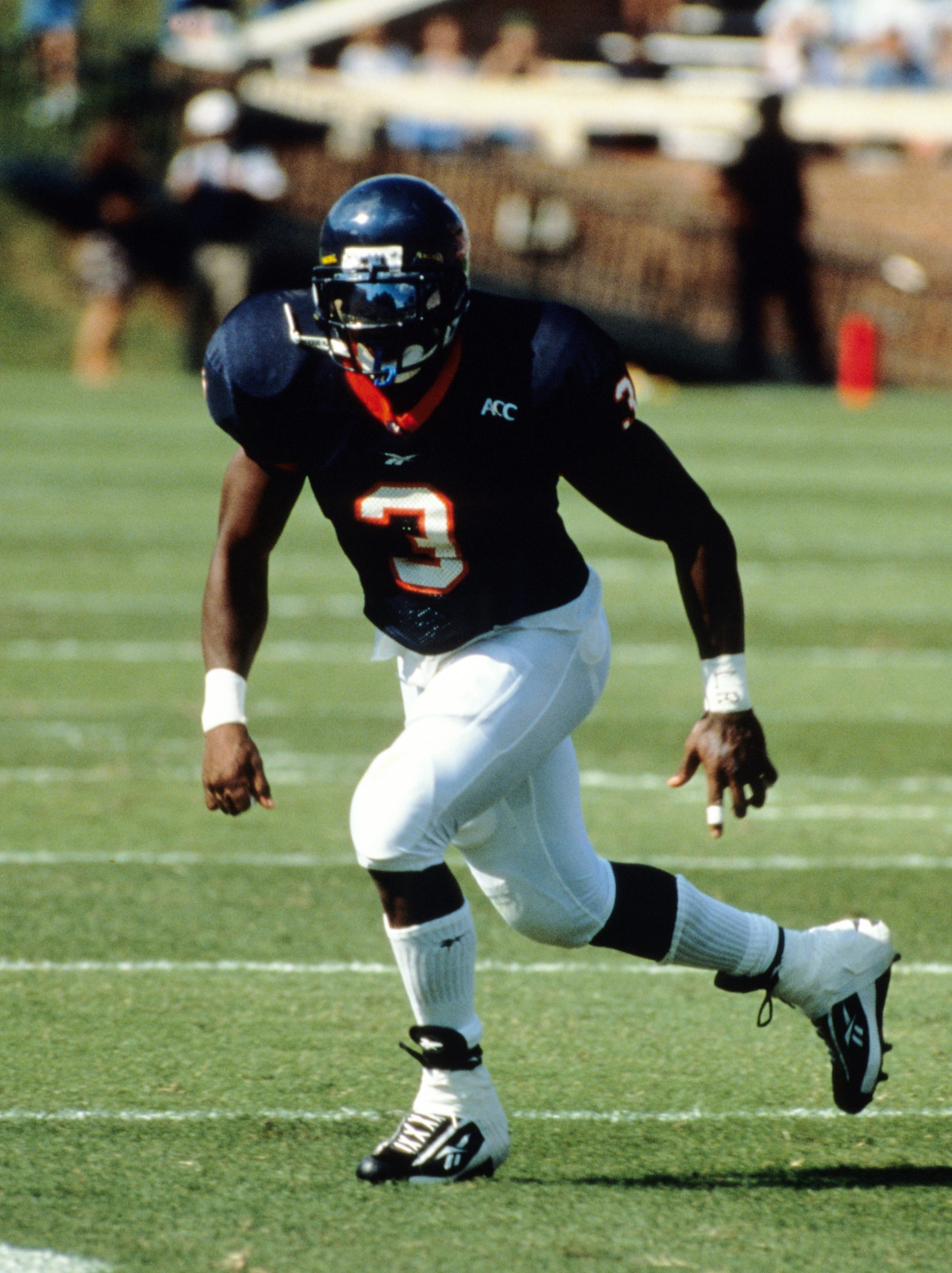 A native of Forest, VA, Anthony Poindexter would become known as one of the fiercest hitters in Virginia football history. The 1993 Virginia High School League (VHSL) Group AA Player of the Year for Jefferson Forest High School continued his success from the moment he committed to the University of Virginia. Playing collegiately for Virginia Sports Hall of Fame inductee George Welsh at the University of Virginia, Poindexter would become one of the most decorated defensive players in Cavaliers history. The 1998 Consensus 1st-Team All-American and Atlantic Coast Conference Defensive Player of the Year is one of just three players in UVA history to receive 1st Team All-ACC recognition three times, and one of only two players in program history to be named 1st Team All-American twice. A two-time recipient of the Ned McDonald Award as UVA’s Most Outstanding Defensive Player, Poindexter set the school record for career tackles by a defensive back (since broken) and has had his #3 jersey retired by the Cavaliers program in 2009. Poindexter has previously been inducted into the College Football Hall of Fame as a member of their Class of 2020.