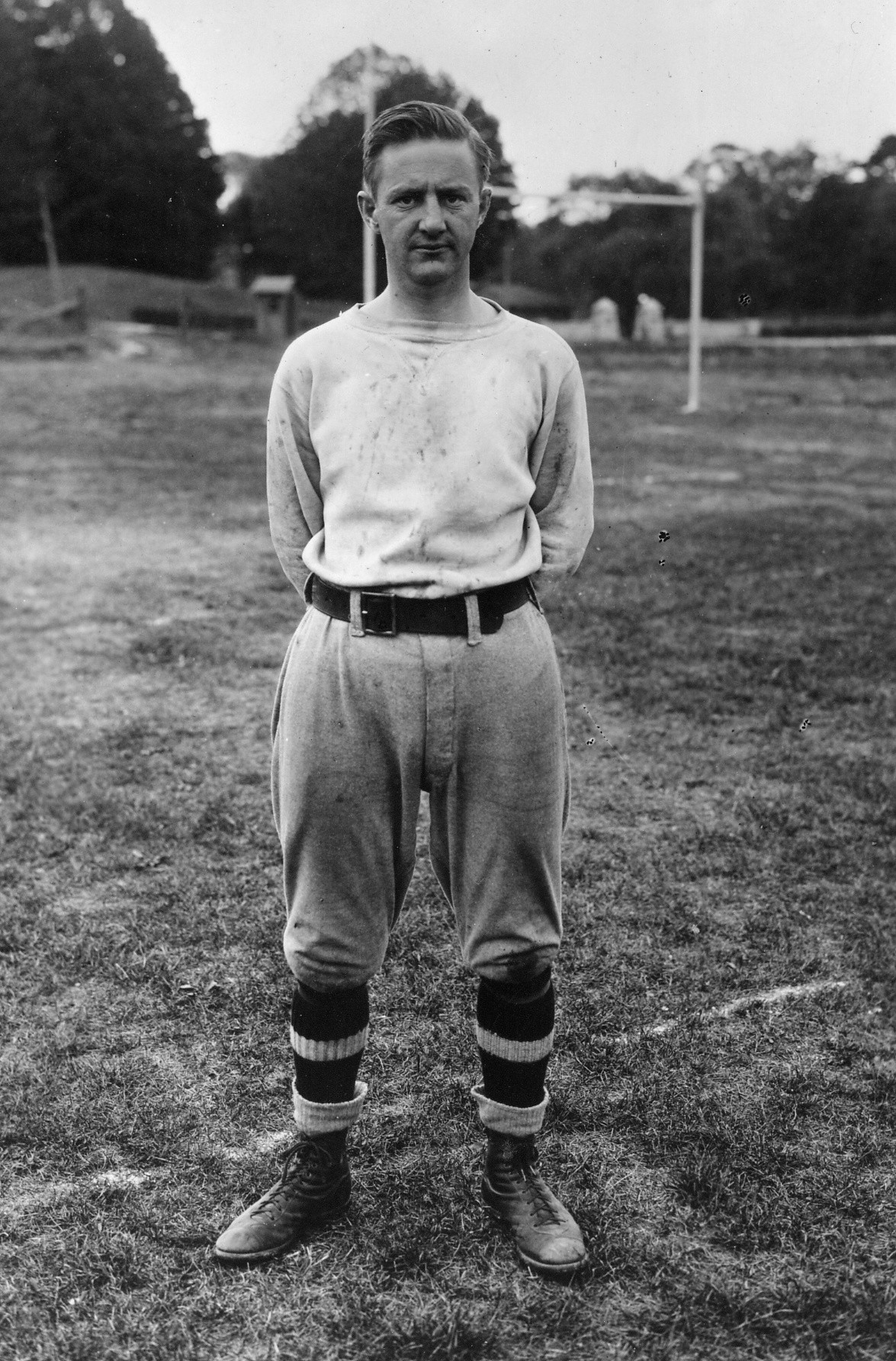 William S. “Pedie” Jackson, a star and coach in football and basketball for Emory and Henry College, was so revered that his grid-coaching tenure with the Wasps is still fondly recalled as “Jackson’s Era.”

After proving his mettle as a mentor in several high schools and Concord (West VA) College, Jackson was recalled to his alma mater and lifted E & H to national small college football fame, producing a 9-0 record in 1927-his first season.

Over the seven-year span of “Jackson’s Era,” which restored the fine traditions of T.B. “Bingo” Fullerton, who coached “Pedie” in the two sports in which he excelled, the Wasps compiled a remarkable 62-13-4 ledger.  The impact of his presence is further illustrated in the scorebooks, which showed Jackson’s teams tallied 1,378 points while limiting the opposition to 348.  After leaving E & H in 1935, Jackson coached at several other colleges before his untimely passing at age 40.  The feats of “Pedie Jackson’s Boys” live on, including victories over State rivals William and Mary, Virginia Military Institute and Richmond.  Utilizing his version of the Notre Dame box formation made famous by Knute Rockne E & H, under Jackson’s tutelage, also maintained a strong rivalry with Wake Forest and the Thundering Herd of Marshall University.

Jackson also coached the Wasps in baseball for a time, compiling excellent records and producing many later famed performers, including Alec Levicki.

So strong was the camaraderie of “Jackson’s Boys,” that 39 of the 82 then-known ex-players under him attended, with their wives, a homecoming at Emory in 1977 to mark the 50th anniversary of Jackson’s first year coaching the Wasps.

While at E & H, Jackson also served as athletic director.  One of the most notable records of his coaching career was a string of 36 straight football victories.